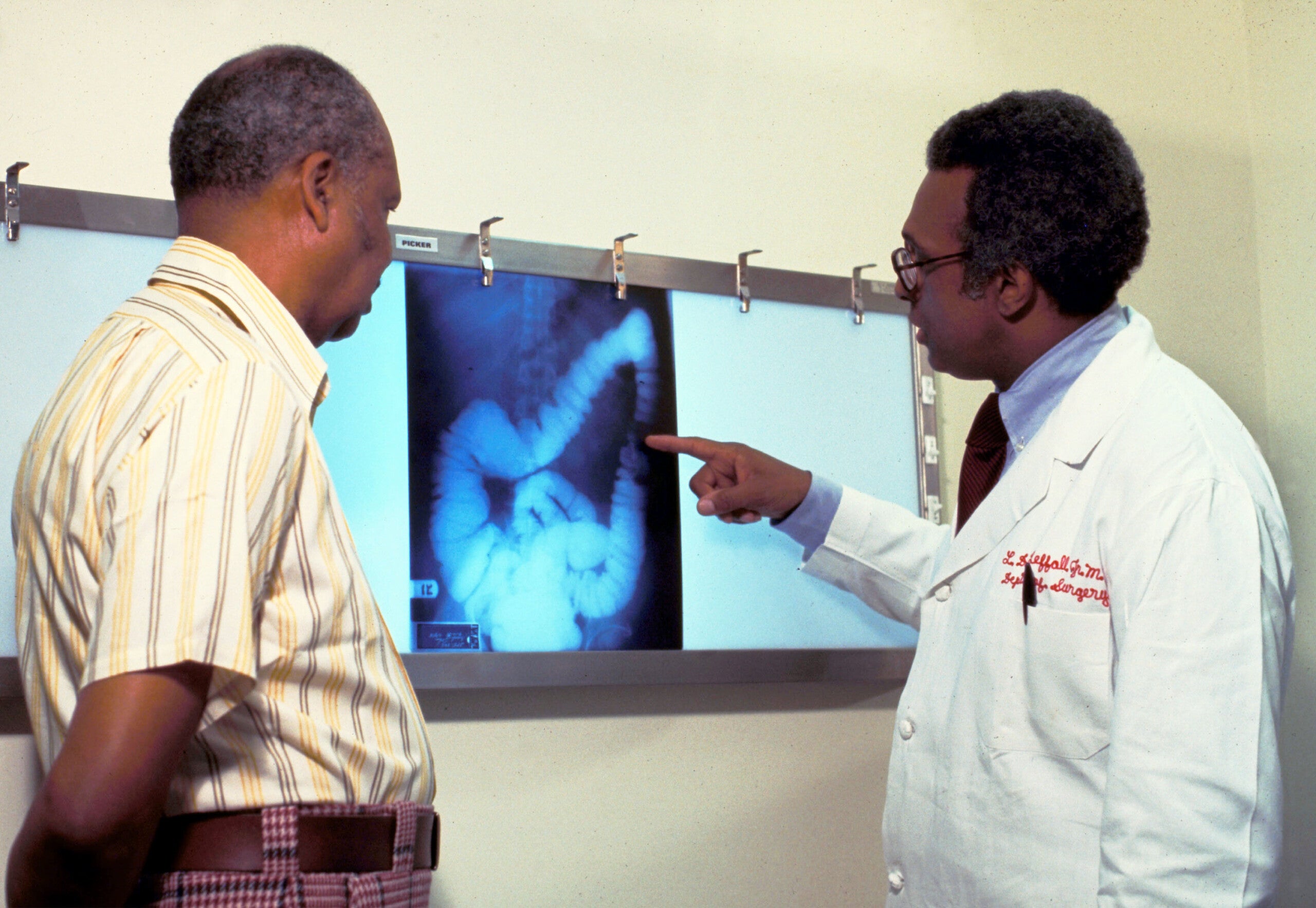 (CNN) — Cases of colon and rectal cancer are on the rise in young adults — and the median age of patients diagnosed is getting lower.

Colorectal cancer is the third deadliest cancer among men and women in the United States — after lung and prostate in men and lung and breast in women.

Actor Chadwick Boseman died of colon cancer Friday at age 43 after battling the disease for years. Medical experts have said colorectal cancer cases among younger people are going up — with cases among those under 50 increasing since the 1990s, according to a March report by the American Cancer Society.

Half of all new diagnoses are in people age 66 and younger, the report said.

The median age is going down

In 2017 — the most recent data available — 52,547 people died of colorectal cancer nationwide, according to the Centers for Disease Control and Prevention.

In the report, the American Cancer Society found that the median age for people diagnosed with colorectal cancer was 72 in 1989. It stayed that way until the early 2000s and then fell to 66 by 2016.

ACS researchers found that the rate at which people are diagnosed with colorectal cancer in the United States is dropping among those 65 and older but rising in younger adults.

Scientists knew cases of colorectal cancer was going up in younger age groups. “But we were surprised by how fast it is happening,” said Rebecca Siegel, study co-author and scientific director of surveillance research at the American Cancer Society in Atlanta.

“This report is very important because it not only provides a snapshot of the current colorectal cancer burden, but also a window to the future,” she said, adding that if the increases in younger adults continue, “doctors should be aware of the unique challenges in this patient population — such as the need for the preservation of fertility and sexual function, as well as the risk of long-term treatment effects because of their extended life expectancy.”

The obesity epidemic could be a factor

The report included data on colorectal cancer cases and deaths from the National Cancer Institute and the US Centers for Disease Control and Prevention, among others.

Based on an analysis of the data, researchers found colorectal cancer cases among people younger than 50 have been increasing since the mid-1990s.

From 2012 to 2016, incidence rates among that age group rose by 2.2% annually and included tumors found in both the colon and the rectum, the study found.

Among adults ages 50 to 64, researchers found that colorectal cancer incidence declined during the 2000s, then reversed course and rose by 1% annually between 2011 and 2016. Among adults ages 65 and older, the study found that a rapid decline in colorectal cancer incidence persisted during the 2000s and that rates fell by 3.3% annually from 2011 to 2016.

“Much of the decline in incidence in older aged adults is because of increased screening, but the cause for rising incidence in younger age groups is still unknown,” Siegel said.

“The obesity epidemic is probably contributing, but doesn’t seem to be the sole cause,” she said. “Diet has a large influence on colorectal cancer risk and there is a lot of research going on looking at how different things we consume, including drugs such as antibiotics, influence gut health, specifically their role in determining the microorganisms that make up our microbiome.”

The report also found that “striking disparities” by race and geography persist, with mortality rates among Alaska Natives almost three times higher than those in whites and about double those in blacks.

There were limitations in the research and scientists were unable to determine exactly why certain declines or increases in colorectal cancer occurred among various age groups.

Yet researchers were able to make some projections in future trends, predicting an estimated 53,200 colorectal cancer deaths in 2020 with an estimated 7%, or 3,640 deaths, in adults younger than 50.

The analysis also projected 147,950 newly diagnosed cases of colorectal cancer in the US this year with about 12%, or 17,930 cases, diagnosed in adults younger than 50.

The analysis may “build more consensus for beginning to screen before age 50,” Siegel said.

“In addition, this should be a wake-up call for clinicians to be better about timely follow-up of younger patients who present with symptoms” of colorectal cancer, she said.