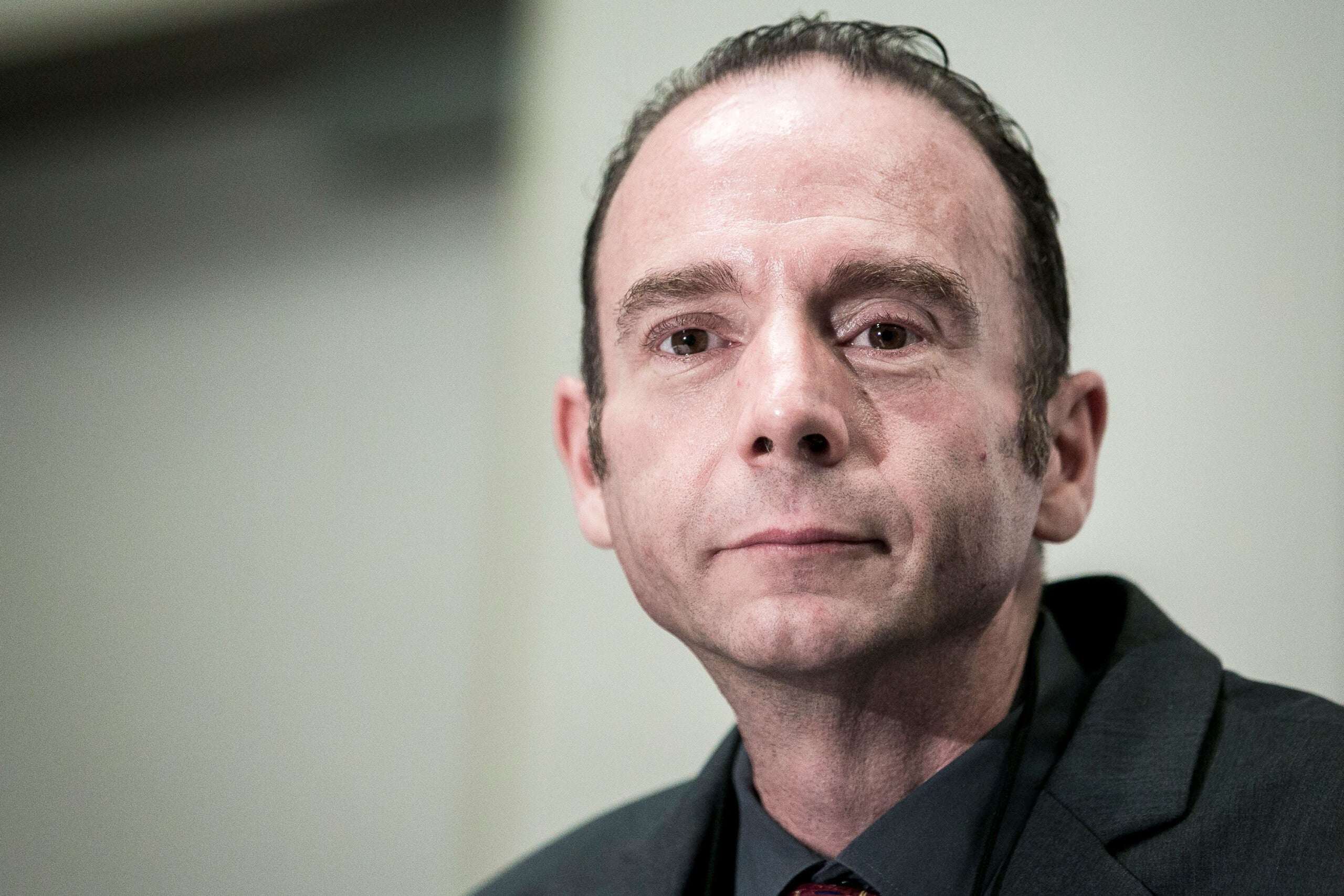 WASHINGTON, DC - JULY 24: Timothy Ray Brown, known as the "Berlin Patient" and the only person to have been cured of AIDS, holds a press conference to announce the launch of the Timothy Ray Brown Foundation at the Westin City Center hotel on July 24, 2012 in Washington, DC. "I wouldn't wish this on my worst enemy," Brown said of the treatment process that eventually cured him. Planned to launch during the International AIDS Conference being held in Washington, the foundation will work to focus efforts on finding a cure for HIV and AIDS. (Photo by T.J. Kirkpatrick/Getty Images)
by: Alisha Ebrahimji and Jacqueline Howard, CNN
Posted: Nov 1, 2020 / 09:18 PM EST / Updated: Nov 1, 2020 / 09:18 PM EST

(CNN) — After a five-month battle with leukemia, the first known person to be cured of HIV has died of cancer, according to the International AIDS Society.

Timothy Ray Brown, also known as “the Berlin patient,” was 54.

Brown was considered cured of his HIV infection in 2008. In the year prior, Brown received a bone marrow transplant in Berlin, Germany, to treat a separate disease he had been diagnosed with: acute myeloid leukemia (AML).

The bone marrow he received came from a donor whose genes carried a rare mutation that made the donor naturally resistant to HIV, known as CCR5-delta 32, which was transferred on to Brown.

Brown remained HIV free — but for the past six months he had been living with a recurrence of the leukemia that had entered his spine and brain, according to the International AIDS Society (IAS).

“On behalf of all its members and the Governing Council, the IAS sends its condolences to Timothy’s partner, Tim, and his family and friends,” Adeeba Kamarulzaman, president of the International AIDS Society and professor of medicine and infectious diseases at the University of Malaya, said in the IAS announcement on Wednesday.

Worldwide, there are 38 million people currently living with HIV or AIDS, according to the Joint United Nations Programme on HIV/AIDS.

“We owe Timothy and his doctor, Gero Hütter, a great deal of gratitude for opening the door for scientists to explore the concept that a cure for HIV is possible,” the IAS statement said.

Brown lived in Berlin from 1993 to 2010 while he worked at a cafe and as a German-English translator, his partner Tim wrote in a Facebook post. He was diagnosed with HIV in 1995 and later diagnosed with AML in 2007.

Brown “committed his life’s work to telling his story about his HIV cure and became an ambassador of hope,” his partner wrote.

“I am truly blessed that we shared a life together but I’m heartbroken that my hero is now gone,” he said. “Tim was truly the sweetest person in the world. Tim’s spirit will live on and the love and support from family and friends will help me through this most difficult time.”

Over two years ago, Adam Castillejo — previously identified as “the London patient” — finished HIV antiretroviral therapy, making him the second person ever to be cured of HIV.

Unlike Brown, Castillejo underwent only one stem-cell transplantation instead of two and did not have radiotherapy to his entire body as part of his treatment.