How people fall in love, according to science

INDIANAPOLIS (WISH) — Love is complicated to say the least. But it doesn’t have to be. In fact, according to science, love is just as much about chemicals as it is about chemistry.

News 8 spoke with nationally recognized psychotherapist, Dr. Teralyn Sell, who talked about the happy hormones secreted as a result of being in love, the three research-backed phases of love as well as tips to help couples stay connected even after years of being together.

Gillis: Well, we are talking about love. Right? Valentine’s Day is right around the corner. So, I guess you are here–without too much pressure–to unlock the secrets of love.

Sell: That is a lot of pressure! Haha…doesn’t everyone want some love in their life? And yes, I’m going to unlock those secrets.

Gillis: My first question is…I know it’s about chemistry, but it must also be about chemicals. Can you speak to that? Are there differences between the chemicals in a man’s brain versus chemicals in a woman’s brain in terms of how they fall in love? Or, maybe just initially when they become attracted to one another.

Sell: I mean, really when we look at love, people want this idea that it is love at first sight. I’m going to find my person right now and go from there. Unfortunately, we have different phases of love that we go through and you first start out with lust and lust is based in hormones. For a male it’s testosterone and for a female it’s estrogen.

That’s kind of like the attack phase, right? When you’re out in the wild searching for your mate. The testosterone [and estrogen] is what gets you there.

Gillis: So, we are in it for the hunt. I love that.

Sell: Yeah, we’ve all been there in some respect or another.

Gillis: So, we have lust first…how long does this last?

Sell: I’m not sure there is a timing on these different phases, but the next one is attraction followed by attachment. And I think what we want it to be in a very short succession, but sometimes I think it lasts a little bit longer than what we really want. But when we move into attraction that’s when we look at those brain chemicals like dopamine and adrenaline. That’s what surges through you when things are exciting and you feel like you want things again with that person. So, that’s what we call attraction.

Gillis: Are there more?

Sell: Well, those are the primary three phases. We go through phases after that of course. But that’s when we get to this place called complacency in relationships and that’s when we kind of lose the luster. So, we have to keep kind of fighting for the attraction and the attachment. Not fighting for it in a bad way. But keeping it alive and surging those brain chemicals.

Gillis: I hear a lot of couples say we’ve just kind of lost our passion…

Sell: Yes, and that’s complacency, which is a very negative spot to be in a relationship.

Gillis: So, we do not want to get to that point.

Sell: No. You do not. Once you get to complacency it’s very difficult to circle back in and create the lust and the attraction and things like that again. So much of that is about perspective actually and how you see your partner because over time if we have a negative view, which could be because of our own chemical reactions and hormones going on within us we start to see the world in a negative light.

So, changing that–there’s no reason to stay in a negative light–and viewing your partner as more attractive to you and doing things that promote health in your relationship rather than feeling your partner is against you.

Gillis: So, does this really come down to our own outlook on life?

Sell: It’s likely we can say that because life creates a lot of stress, which causes imbalances in brain chemicals and an imbalance in hormones and an imbalance in cortisol. So, we would be kind of remiss to think that we are going to have the same brain chemistry when we start a relationship as when we do thirty years later because life goes on. We have children and families and work stress and pandemic stress and all these things. And once we’re in a stress zone it will steal from our sex hormones to pay the price.

It will also steal from our neurochemistry to pay the price of that stress. So, when we’re stressed out we’re not going to feel as loving and caring. We’re going to feel more like fight or flight and everything and everyone of that.

Gillis: So, you talk about these brain chemicals. What is cortisol? Is it a good thing? A bad thing?

Sell: Well, we need cortisol. It’s a stress hormone and there is good stress and then there is really bad stress. Stress is kind of on a continuum, right? So, we need good stress to keep us going and motivated and things like that. But it’s when we have this chronic underlying stress that that’s when it wreaks havoc on our bodies and our brain and our hormones.

Gillis: And you said the dopamine is sort of the happier hormone, correct? That’s where we kind of want to stay.

Sell: Well, everyone really loves a shot of dopamine. I mean, your dopamine and your adrenaline…basically, people know it as kind of your reward pathway. It’s your drive. It’s your giddy up. It helps your concentration and it gives you that sense of fun and let’s do it again.

Brain chemistry is key to relationships and most people feel they need to be connected. When people come to my office for couples work the biggest concern is communication and secondly having a sense of connectedness.

Gillis: So, we don’t want to rely on our partner for happiness. We have to find that within ourselves.

Gillis: Do we know who falls in love faster? Who gets to that attachment phase first? Or maybe it depends.

Sells: Well, it’s interesting because the Journal of Psychology put out a research study that…I actually had it wrong…I thought it was going to be women falling in love faster. But actually men fall in love faster. They have like this hormone dump. So, they push out all the hormones first and come to that attachment phase first. However, women typically show up with the three words “I love you” faster than men. So, I thought that was fascinating.

Gillis: That is fascinating!

Sell: But, ya know, we have a lot more words than men most typically anyway so I guess I’m not surprised.

Gillis: What are your thoughts about love at first sight? I mean, my take on it–it’s not science-based or anything–but you can be sort of drawn to a person in some way and not know why and then only in retrospect do you feel it was love at first sight. What’s your take?

Sell: I think it can be lust and attraction at first sight. The attachment is a phase that comes a little bit later. There’s two very distinct parts of a relationship that we have to think about. One is the zesty piece of things and the other is the safety and security aspect.

So, if you think about back in your dating and all of those people that you didn’t end up with it’s probably because they were all filled with zest and weren’t safe and secure or all safe and secure and kind of boring and had no zest. It’s when you bring those two pieces together that you can create a relationship. And I don’t know that you can do that at first sight because at first sight feels just like zesty fun stuff, but that person might not bring in that safety and security that we need to have a solid foundation.

Gillis: So, we need both to have a sustainable relationship. But it’s so interesting because we expect our person to sort of bring all of these sides. Zest, but also provide safety and protection plus passion. So, how do we have all of these things at once? We expect them to do everything!

Sell: When you’re looking for a partner and you’re asking yourself what does that person want…most people do want that sense of connection. And how do you bring that? In a lot of different ways. You need to start talking with your partner about what it is that they want in a relationship. Don’t just expect them to know what you want and don’t expect them to know what you want.

When we first start dating we bring everything to the table. All of our cards are laid out on the table. Let’s have fun. Let’s give gifts. Let’s be happy. And then over time…all that stuff worked, but what changed? Well, life keeps changing and we have to continually change and ask our partner what do you need in a relationship and then start bringing it to the table.

News 8’s medical reporter, Dr. Mary Elizabeth Gillis, D.Ed., is a classically trained medical physiologist and biobehavioral research scientist. She has been a health, medical and science reporter for over 5 years. Her work has been featured in national media outlets. You can follow her on Facebook @DrMaryGillis. 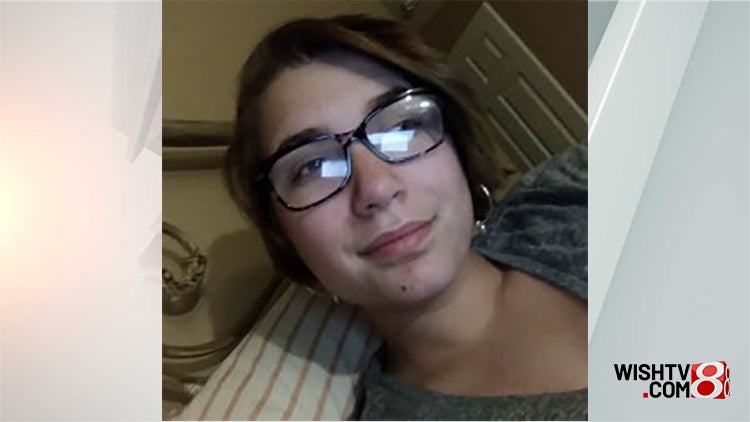 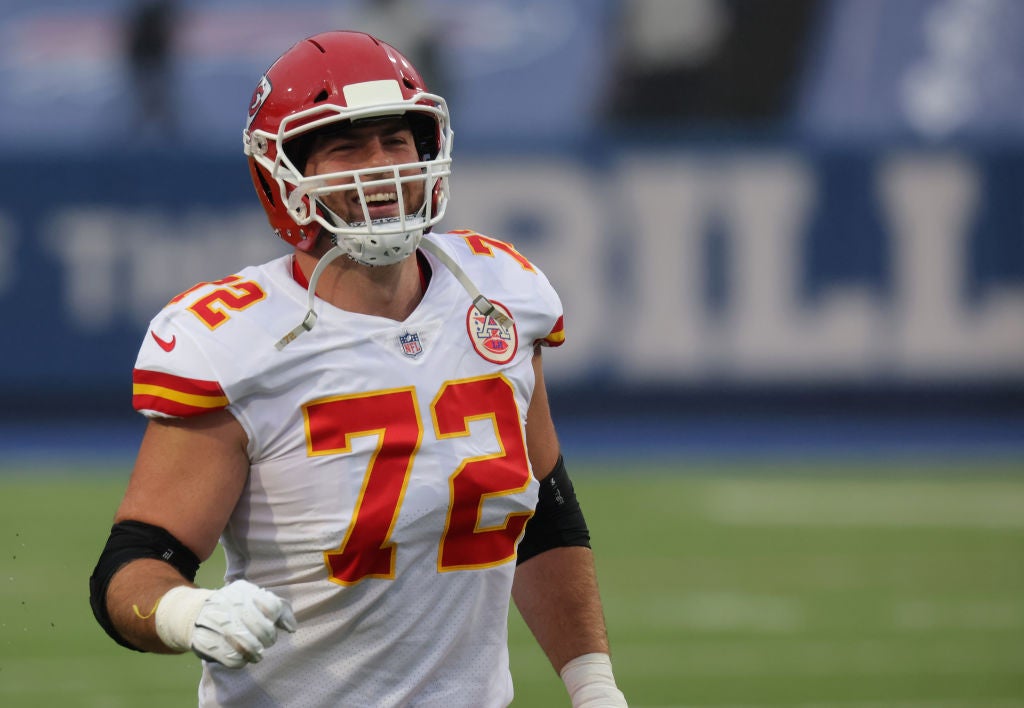 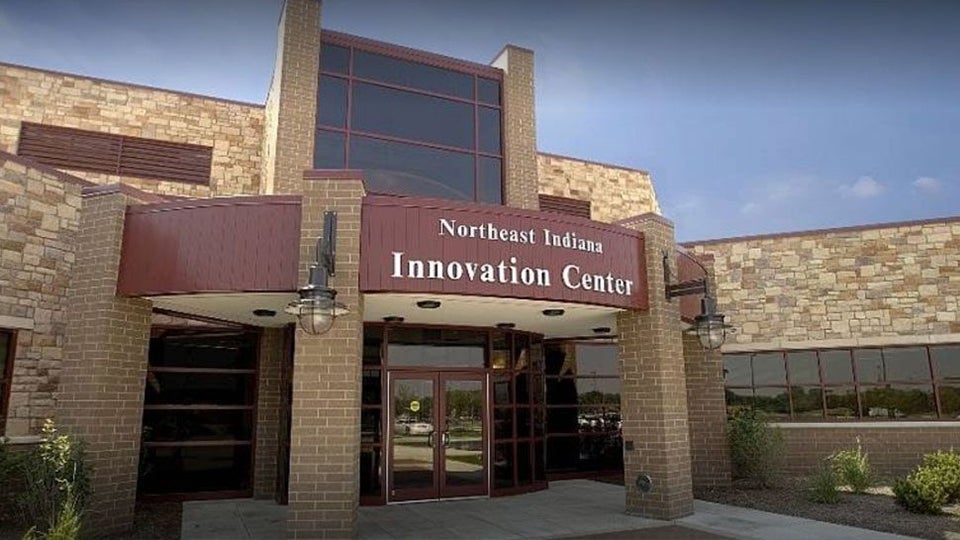