March Madness with no fans in the stands? 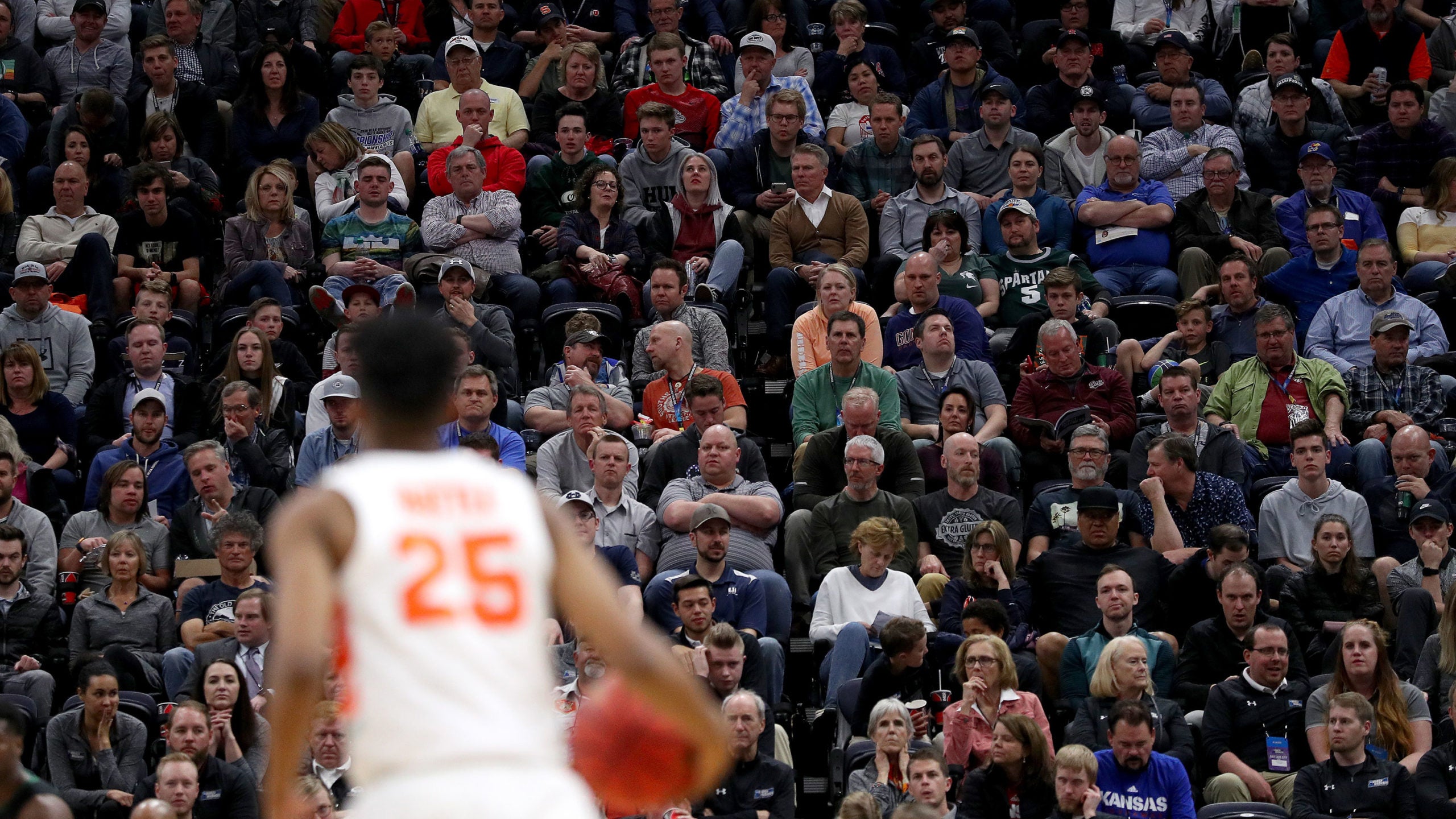 (CNN) — So much of the hoopla surrounding March Madness is in the crowds, where basketball fans slather themselves with body paint or wear animal masks to support their teams.

But that madness could fade away this year if one players’ advocacy group gets its way.

“In regard to the NCAA’s March Madness Tournament and other athletic events, there should be a serious discussion about holding competitions without an audience present,” the NCPA said in a statement Saturday.

The NCPA advocates for better health and financial protections for college athletes.

“Google just cancelled a summit in California and Amazon is encouraging its employees to avoid all nonessential travel because of coronavirus concerns,” the statement continued. “The NCAA and its colleges must act now, there is no time to waste.”

The NCPA also called for the NCAA to cancel events where players would be in contact with crowds.

“The NCAA and its colleges should take precautions to protect college athletes,” the group said. “Athletic programs should also take every possible measure to sanitize buses and airplanes used to transport players.”

In response to the request, the NCAA said it is monitoring developments with the coronavirus outbreak.

“NCAA staff continues to prepare for all NCAA winter and spring championships, but we are keenly aware of coronavirus and will continue to monitor in coordination with state/local health authorities and the CDC,” NCAA spokesman Greg Johnson said in a statement.