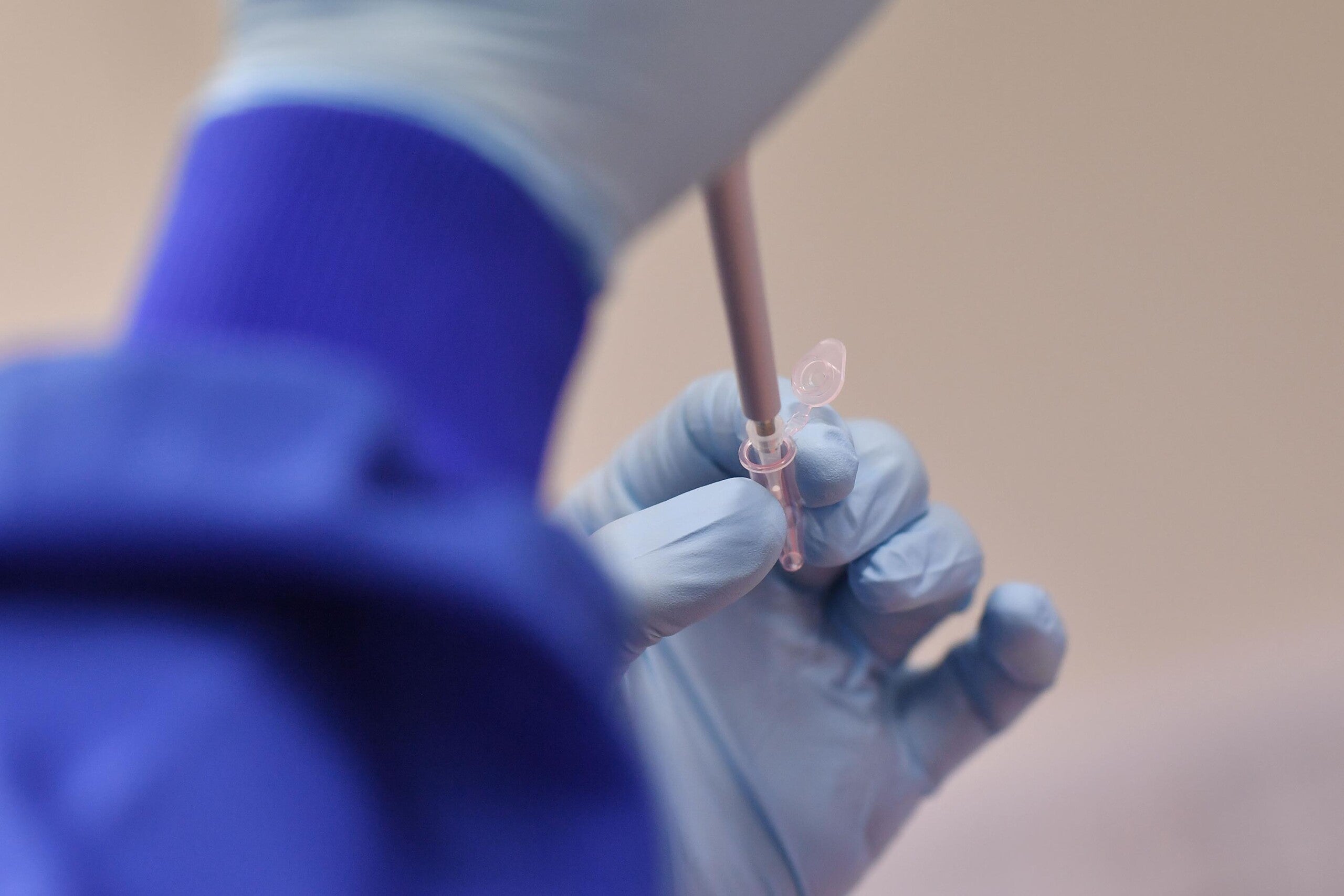 An employee works at the Stabilitech laboratory in Burgess Hill south east England, on May 15, 2020 where scientists are trying to develop an oral vaccine for the COVID-19 illness. - The scientists at Stabilitech are one of the teams attempting to develop a vaccine for COVID-19. Ingested in a capsule into the gut, Stabilitech's potential oral vaccine aims to prompt an immune response in mucosal cells in the respiratory system and elsewhere in the body. The firm believes that will be more effective in tackling respiratory illnesses like coronavirus. The British government is touting the country as a global leader in the big-money investment race to find a vaccine for COVID-19. (Photo by BEN STANSALL / AFP) / TO GO WITH AFP STORY BY JOE JACKSON (Photo by BEN STANSALL/AFP via Getty Images)
by: Elizabeth Cohen and Dana Vigue, CNN
Posted: Aug 5, 2020 / 11:06 AM EST / Updated: Aug 5, 2020 / 11:06 AM EST

(CNN) — A third US company has released study results showing its coronavirus vaccine is safe and elicits an immune response.

The vaccine also induced a response from T-cells, a type of immune cell, according to an analysis of 16 randomly selected volunteers, the report stated.

The report has been submitted to a medical journal, but has not yet been reviewed by scientists outside of Novavax or published.

Study participants received one or two doses of the vaccine at various dosages. Some participants also received an adjuvant, which is a component to boost the immune system. Those who received two doses with the adjuvant had the best immune response.

Of the 106 study subjects who received the vaccine, five developed severe side effects, including muscle pain, nausea and joint pain, and one study subject had a mild fever. The side effects lasted, on average, two days or less.

Twenty-five volunteers got placebo injections, which are injections that do nothing. Three of those had side effects, Glenn said.

Two other US companies — Moderna and Pfizer — have also released encouraging Phase 1 data. Last week, those two companies started their Phase 3 trials with 30,000 volunteers each.

Novavax, Moderna, Pfizer, Johnson & Johnson, AstraZeneca and GlaxoSmithKline have all received funding from the federal government’s Operation Warp Speed Program to develop Covid-19 vaccines, and two more unnamed companies will also receive funding, according to Moncef Slaoui, the head of the program.

Slaoui said he expects a vaccine to be available in December or January with enough doses for high-risk Americans, such as the elderly and those with underlying health problems. He said he expects there to be enough vaccine for every American by the end of 2021.