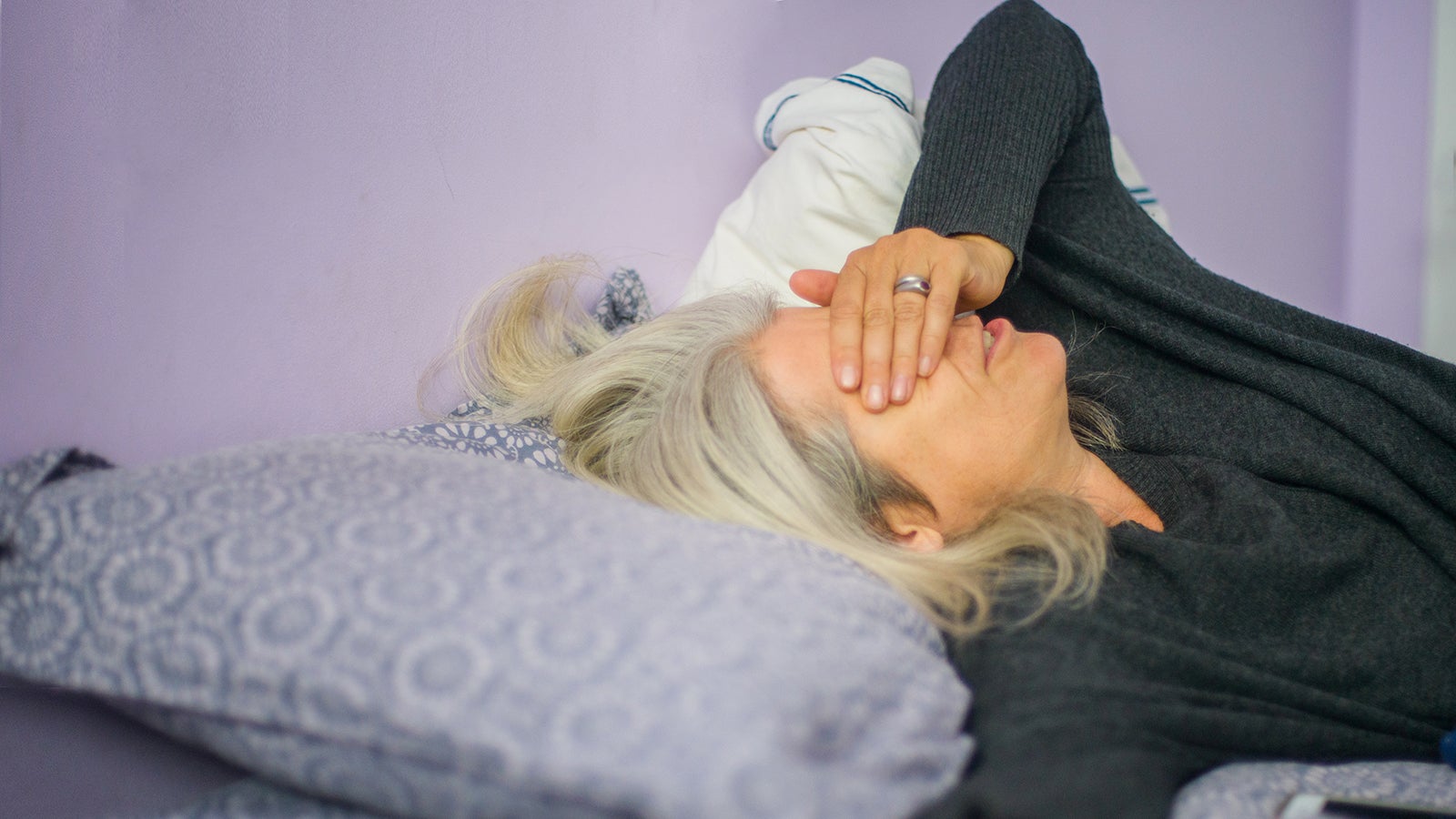 (CNN) — Consistently getting a bad night’s sleep may lead to an unsatisfactory sex life for many older women, a new study finds.

In fact, women who slept poorly were nearly twice as likely to report issues such as lack of sexual interest or pleasure than women who got plenty of shut-eye, according to the study published Wednesday in Menopause: The Journal of The North American Menopause Society.

Poor sleep was measured by the Pittsburgh Sleep Quality Index, which asks questions about ability to fall and stay asleep, use of sleep medication, daytime drowsiness and more.

In contrast, the study also found that good sleep quality was linked with having more sexual activity, a result that “doesn’t surprise anyone, right?” said senior author Dr. Stephanie Faubion, who directs the Mayo Clinic’s Center for Women’s Health.

“If you put a platter of sleep and a platter of sex in front of a tired woman, she’s going to pick sleep every time,” said Faubion, who is also the medical director for the North American Menopause Society.

These results, she added, should be a wake-up call for physicians to begin asking their patients about their sleep and their sexual functioning.

“In an ideal world, every woman should be asked by her primary care provider about her sexual function. Is that happening? No, it’s not happening,” Faubion said.

“Sleep may be something easier to ask about, and poor sleep is associated with so many negative outcomes, such as cardiovascular disease,” she added. “If she’s not sleeping well, that leads you to the next question, because sexual function is probably suffering, too.”

It’s not just women who experience sexual dysfunction due to poor sleep. It affects men, too.

Obstructive sleep apnea is also linked to sexual dysfunction in women. Insomnia, a common sleep disorder in women, may be a risk factor for sexual issues, too.

There are a number of reasons, on the other hand, that having good sex is linked to better sleep.

Orgasms are not only relaxing, which can promote slumber,but they result in a boost of certain hormones that aid sleep in both men and women after sex.

In women, for example, estrogen levels increase after orgasm, and that can enhance REM cycles and promote a better night’s sleep.

In men, orgasm increases production of a hormone called prolactin that promotes deep wave sleep — the type the body needs to repair and restore itself.

In the new study, over 3,400 women who visited Mayo health clinics in Rochester, Minnesota, and Scottsdale, Arizona, completed questionnaires on sleep quality between December 2016 and September 2019.

The women, who were an average age of 53, also underwent clinical evaluation for sexual dysfunction and were asked to rate their level of distress about their sex life — a first for a study of this kind, Faubion said.

“You can’t call it sexual dysfunction unless a woman is distressed about it,” she said. “For example, a woman can have low sexual desire, but it may not bother her. So we are the first study to my knowledge that has actually looked at not only sexual function but distress related to that.”

The research was part of a larger study called DREAMS, or Data Registry on Experiences of Aging, Menopause and Sexuality, which followed nearly 9,000 women for a dozen years.

However, the results were not statistically significant once factors such as age, partner status, education, race/ethnicity, body mass index, reproductive stage, depression, anxiety, relationship distress, and use of contraception and other medications were analyzed.

Since all of those factors can disruptsleep, it was important to factor those out in order to label poor sleep as the possible cause, Faubion said.

First, don’t hesitate to discuss both sleep and sexual concerns with your physician, Faubion said.

While most women will be able to identify that they’re suffering from a mood disorder like depression or anxiety, they may not realize that they are struggling with other issues like sleep apnea or an uncontrollable urge to move your legs called restless leg syndrome.

“Women’s partners can help them identify if they’re snoring, waking up snorting and coughing or if they’re kicking their partner all night long,”Faubrion said.

Women can also do their best to practice good sleep hygiene. Here are some expert tips:

Exercise, outside if possible. Try to get some exercise, which will reduce built-up stress chemicals and promote better sleep. Try to do so outside — the sunlight can help restore your body clock.

Set up your bedroom for optimal sleep. One of the first tasks is to set up your sleep environment and establish a relaxing bedtime routine. The REM stage of sleep is a lighter level of rest that can more easily be disrupted, so strive for few sounds, little light and cooler temperatures in the bedroom — between 60 and 67 degrees is best.

Sign up for CNN’s Sleep, But Better newsletter series

Watch your diet. Avoid caffeine after 3 p.m. and fatty, spicy foods before bed, so gastric distress doesn’t wake you while you’re dreaming.

Set yourself up for relaxation. Taking a warm bath or shower, reading a book, listening to soothing music, meditating or doing light stretches are all good options.