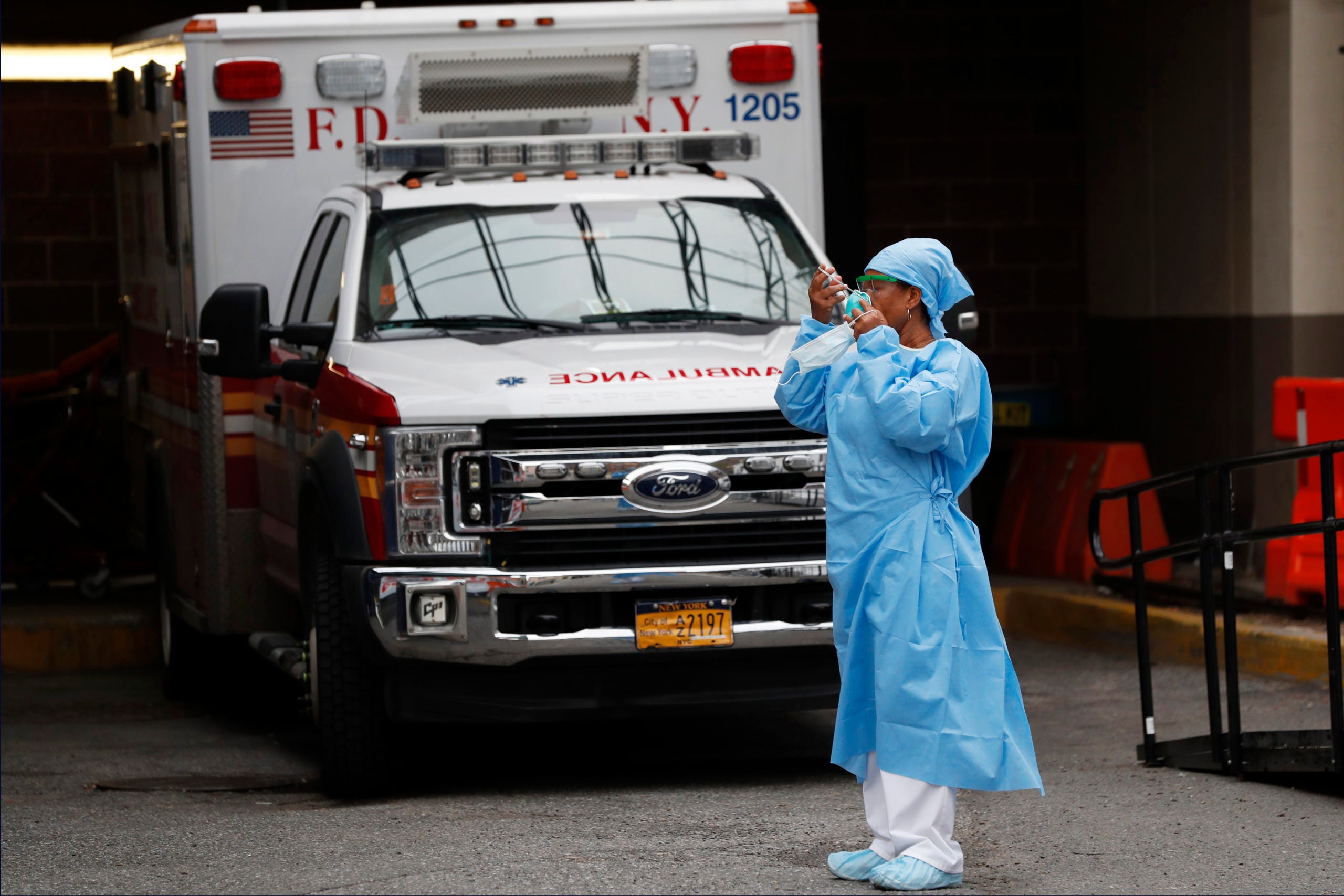 WASHINGTON (AP) — President Donald Trump on Monday disputed the veracity of a federal survey that found hospitals faced severe shortages of coronavirus test supplies, questioning whether its conclusions were skewed by politics.

With coronavirus cases rocketing toward their expected peak, the nonpartisan Health and Human Services inspector general’s office reported Monday morning that a shortage of tests and long waits for results were at the root of mounting problems faced by hospitals.

“Hospitals reported that severe shortages of testing supplies and extended waits for test results limited (their) ability to monitor the health of patients and staff,” the report said.

Three out of 4 U.S. hospitals told the inspector general’s office they are already treating patients with confirmed or suspected COVID-19, and they expect to be overwhelmed.

Asked by a reporter about the report’s finding on testing, Trump responded, “It is wrong.”

“So, give me the name of the inspector general?” he asked before suggesting without evidence, “Could politics be entered into that?”

Acting in the role of HHS inspector general is Christi A. Grimm, a career government manager who took over the position early this year in an interim capacity. “When was she appointed?” Trump asked.

Trump’s comments carried an edge because last Friday he announced the firing of the inspector general of the intelligence community, Michael Atkinson, for reporting to Congress the whistleblower complaint that the president tried to enlist Ukraine in investigating Joe Biden’s son.

Grimm’s title is principal deputy inspector general. She began her career with the agency more than 20 years ago.

“They did serve in the previous admin — you mean the Obama administration?” Trump asked a reporter who pressed on with questions. “Thank you for telling me that … there’s a typical fake news deal.”

The HHS inspector general’s report was based on a telephone survey of 323 hospitals around the country, from March 23-27. With hundreds of new coronavirus cases daily, the situation is becoming more dire for many the nation’s 6,000 hospitals.

Trump maintains that virus testing has been a success story for his administration. Although testing is now ramping up, it’s been a major source of complaints for weeks.

The inspector general’s report warned that hospitals’ problems are feeding off each other in a vicious cycle. That includes insufficient tests, slow results, scarcity of protective gear, the shortage of breathing machines for seriously ill patients and burned-out staffs anxious for their own safety.

“There’s this sort of domino effect,” said Ann Maxwell, an assistant inspector general at the Department of Health and Human Services. “These challenges play off each other and exacerbate the situation. There’s a cascade effect.”

“Hospitals reported that their most significant challenges centered on testing and caring for patients with known or suspected COVID-19, and keeping staff safe,” the report concluded.

“It’s likely that every hospital in America is going to have to deal with this,” Maxwell said.

In most people, the coronavirus causes mild to moderate symptoms. Others, particularly older people and those with underlying health issues, can develop life-threatening breathing problems. The U.S. has more diagnosed cases in the global pandemic than any other country, according to figures compiled by Johns Hopkins University. Projections show the nation will see the peak impact later this month.

A key insight from the report was that different problems — usually addressed individually — are building on each other to entangle the whole system.

For example, a lack of testing and slow results means hospitals must keep patients with unconfirmed coronavirus disease longer.

That takes up precious beds and uses up protective equipment like gowns, masks and face shields, since doctors and nurses have to assume that patients with symptoms of respiratory distress may be positive.

The increased workload raises the stress on clinical staff, who are also concerned they may be unable to properly protect themselves.

“Health care workers feel like they’re at war right now,” a hospital administrator in New York City told the inspector general’s investigators. They “are seeing people in their 30s, 40s, 50s dying. … This takes a large emotional toll.” The inspector general’s office did not identify survey respondents due to privacy concerns.

Overtime hours and increased use of supplies are raising costs at the same time that many hospitals experience a revenue crunch because elective surgeries have been canceled. The recently passed federal stimulus bill pumps money to hospitals.

“Hospitals anticipated being overwhelmed by a surge in COVID-19 patients, who would need specialty beds and isolation areas for effective treatment,” the report said.

Trade groups representing hospitals Monday welcomed the report but said that even more problems are emerging in the care of COVID-19 patients.

Parts of Europe provide a glimpse of what hospitals in the U.S. are trying to avoid. The AP reported last week that some European nations are throwing together makeshift hospitals and shipping coronavirus patients out of overwhelmed cities via high-speed trains and military jets. In Spain, doctors are having to make agonizing decisions about who gets the best care.