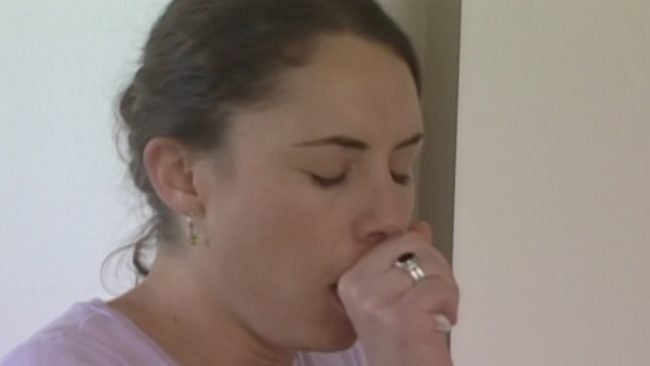 But the storm is also known as the Gorilla Dust Cloud.

For most people, the slightly denser particulate matter will pass through the air without any effect. For others, the extra irritants floating around this weekend could pose a health risk for those with chronic lung issues, heart issues as well as young children.

News 8 spoke with Dr. Nadia Krupp, a pulmonologist at Riley Hospital for Children, about the potential negative impacts the Sahara dust storm could have. She also offered suggestions on ways to minimize them.

People with mild asthma or who are on the milder end of chronic obstructive pulmonary disease won’t be bothered, Krupp said. But there is a chance people who have poorly controlled asthma or other respiratory conditions will experience breathing problems.

“Those who suffer from severe asthma can be sensitive to even the slightest change in air particulates, so they may experience a flare-up if outside for an extended period of time, making breathing more difficult,” Krupp says. “The same goes for people with severe COPD.”

Whenever foreign particles enter the respiratory tract, the lining of the nose and lungs get irritated. This leads to inflammation and swelling of the breathing tubes causing them to tighten. For people with asthma or COPD, the swelling is much greater than for the average person.

“Even if it’s only a little bit … extra dust in the air for people who have significant heart conditions … a small change in respiratory status can exacerbate their heart status,” Krupp said. “If someone is living day-to-day with progressive heart failure, their heart may not be able to handle even the slightest bit of respiratory distress. These people might want to stay put this weekend just in case.”

Those with an arrhythmia or who have high blood pressure, on the other hand, probably won’t be affected, she said.

“Like anything else, these populations tend to be more affected by things regardless of health status. But young children breathe faster for their body size than older children, teenagers and adults. Essentially, children will inhale more of the dust relative to their body size,” Krupp said.

If you do have a small child, especially if that child has a lung condition, Krupp recommends parents be extra careful when venturing out.

Preparing for the Gorilla Dust Cloud

So, what should you do this weekend amid the dust storm?

“Mostly, I don’t want people to panic and think they can’t go anywhere this weekend just because this is happening. For the majority of the public, it’s not a big deal and there is no cause to panic. I just want people to be mindful if they do have lung or heart conditions or have small children.”

If you do suffer from severe asthma, COPD, chronic heart failure or have very young children, Krupp’s advice is to stay inside. But if you plan to venture out, it’s a good idea to wear a mask to avoid inhaling the extra particles.