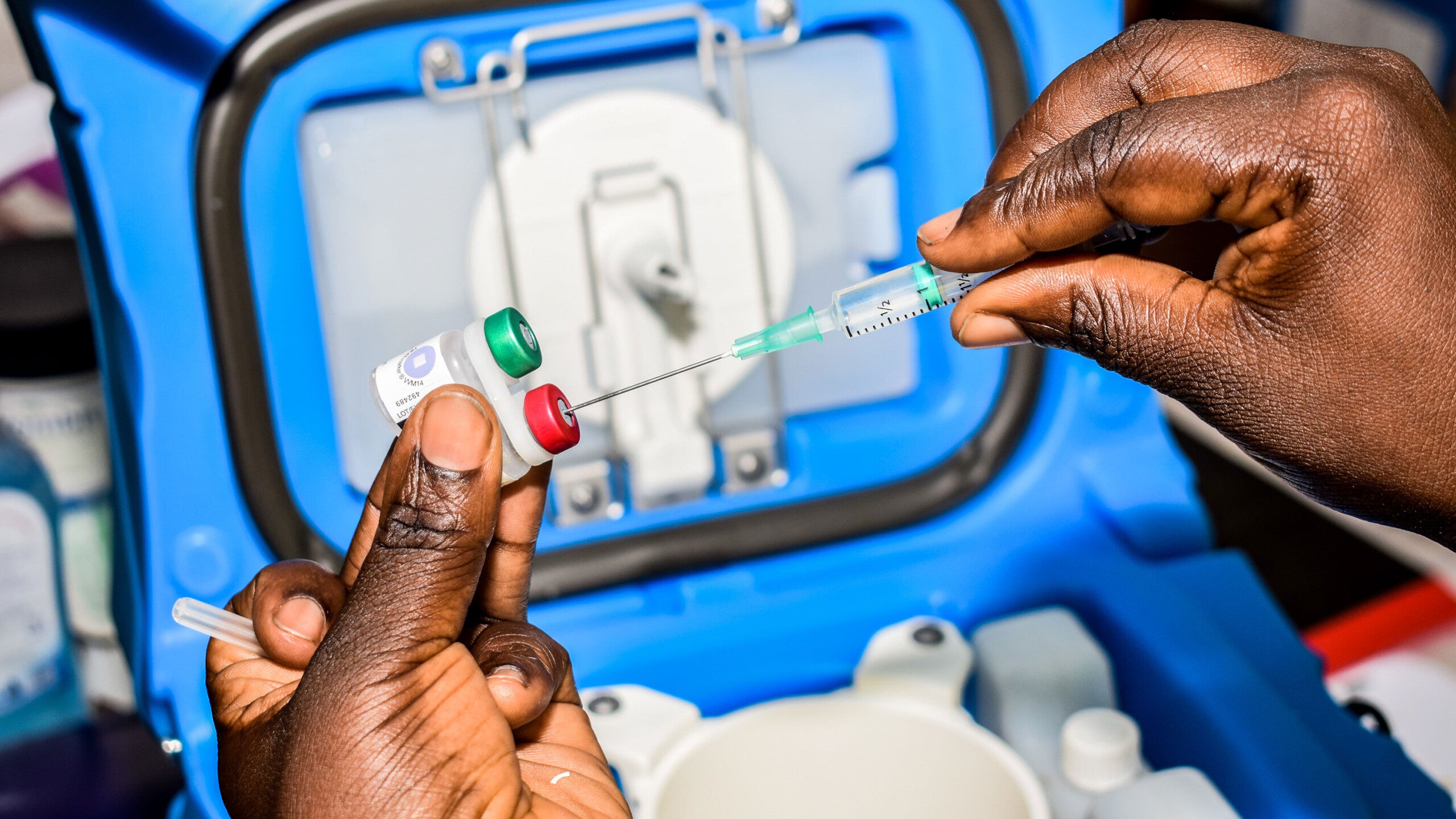 A health worker measures the dosage of malaria vaccine in Ndhiwa, Homabay County, western Kenya on September 13, 2019 during the launch of malaria vaccine in Kenya. - The vaccine (Mosquirix) is the world's first malaria vaccine that has been shown to provide partial protection against malaria in young children and has been rolled out by World Health Organisation in Kenya, Ghana and Malawi. (Photo by Brian ONGORO / AFP) (Photo by BRIAN ONGORO/AFP via Getty Images)
by: Jacqueline Howard and Lauren Said-Moorhouse, CNN
Posted: Oct 6, 2021 / 02:05 PM EST / Updated: Oct 6, 2021 / 03:48 PM EST

(CNN) — In what it called a “historic” move, the World Health Organization said Wednesday it has recommended widespread use of the world’s first and only malaria vaccine among children in sub-Saharan Africa and other regions where there are moderate to high levels of malaria transmission.

The recommendation was based on results from an ongoing pilot program of vaccinations in child health clinics across Ghana, Kenya and Malawi, according to WHO.

The program, which launched in 2019 and has reached over 800,000 children, demonstrated that the RTS,S/AS01 vaccine, also known as Mosquirix, is safe, cost-effective, feasible to deliver and significantly reduced deadly severe malaria by about 30%, WHO said in a news release.

“This is a historic moment. The long-awaited malaria vaccine for children is a breakthrough for science, child health and malaria control,” WHO Director-General Tedros Adhanom Ghebreyesus said in the news release. “Using this vaccine on top of existing tools to prevent malaria could save tens of thousands of young lives each year.”

The WHO recommended that the vaccine could be used to help protect children from the deadliest form of malaria, known as Plasmodium falciparum. It suggested delivering the vaccine in four doses to children from 5 months old.

Malaria is a parasitic disease transmitted through the bite of female Anopheles mosquitoes. Despite being both preventable and treatable, it is among the primary causes of childhood illness and death in sub-Saharan Africa, and more than 260,000 African children under the age of five die from malaria annually, according to WHO.

The vaccine works by stopping the malaria parasite maturing and multiplying in the liver, after which it would normally enter the patient’s bloodstream and trigger the disease symptoms.

Clinical trials have shown the vaccine offers a 39% protection against malaria in newborn children between the ages of five and 17 months. However, further research has suggested the vaccine’s benefits fades over time.

The WHO chief expressed his delight at his organization’s recommendation in a thread on the WHO Twitter account on Wednesday, saying “this is a vaccine developed in Africa, by African scientists.” He thanked researchers on the continent in addition to British drug manufacturer GlaxoSmithKline, for helping develop the vaccine over the past 30 years, as well the Bill and Melinda Gates Foundation, which partially funded the project.

“Today, the RTS,S malaria vaccine — more than 30 years in the making — changes the course of public health history,” one of the tweets read. “We still have a very long road to travel. But this is a long stride down that road,” a follow-up post continued.

“We have long hoped for an effective malaria vaccine and now, for the first time ever, we have such a vaccine recommended for widespread use,” Moeti said. “Today’s recommendation offers a glimmer of hope for the continent which shoulders the heaviest burden of the disease and we expect many more African children to be protected from malaria and grow into healthy adults.”

All Indiana Bets / 19 mins ago