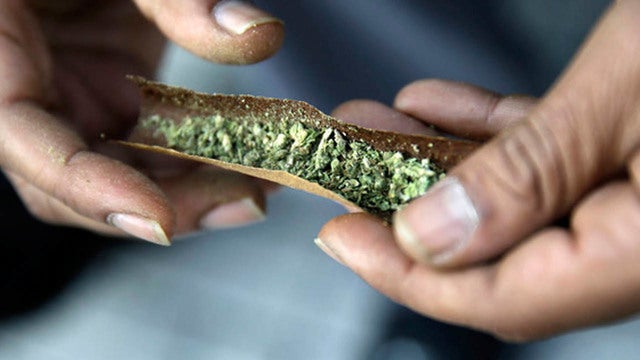 INDIANAPOLIS (WISH) — An innocent inhale? The occasional puff? If you’re smoking weed these days to ease COVID-19 anxiety, you might want to reconsider.

Smoking marijuana, infrequently as it may be, puts a person at greater risk of severe coronavirus complications.

The negative side effects the psychotropic drug has on the lungs has been studied intensively for the last decade. Researchers continue to mount evidence against using cannabis because it can lead to chronic airway inflammation, emphysema, chronic obstructive pulmonary disease and cancer. All of these conditions compromise one’s breathing.

In the short-term, the inflammation, which leads to cough and trouble breathing, can also make it difficult for a doctor to differentiate between the coronavirus or marijuana use. Coughing and shortness of breath are two out of the three cardinal signs of COVID-19. Severe inflammation is also a virus complication.

In addition, because the long-term effects of smoking pot put a person at higher risk of chronic disease, those who smoke are considered a vulnerable population.

Marijuana is the most commonly used illegal drug in the U.S., according to the Centers for Disease Control (CDC). The latest statistics show nearly 38 million people admit to smoking weed. And while it may provide a brief reprieve from worry, it comes at a cost.

“People are reporting increased stress due to coronavirus concerns, increased financial pressures and even protests,” Indianapolis-based addiction counselor, Scott Watson, told News 8. “For some people [marijuana] becomes very problematic and can be a primary coping skill.”

This is very concerning from a therapist’s perspective, Watson said. When people turn to drugs instead of healthier ways to manage stress there is a greater likelihood of psychological issues and behavioral problems that can lead to injury or death.

Psychological effects associated with marijuana use include violence, paranoia, personality changes and loss of contact with reality.

Watson urges those who are concerned about their consumption to seek help.

“There is no shame in getting help for addiction and recovery is available, even for those who lack commercial insurance. Medicare and Medicaid beds are available in Indiana and community health centers are a great way to start.”