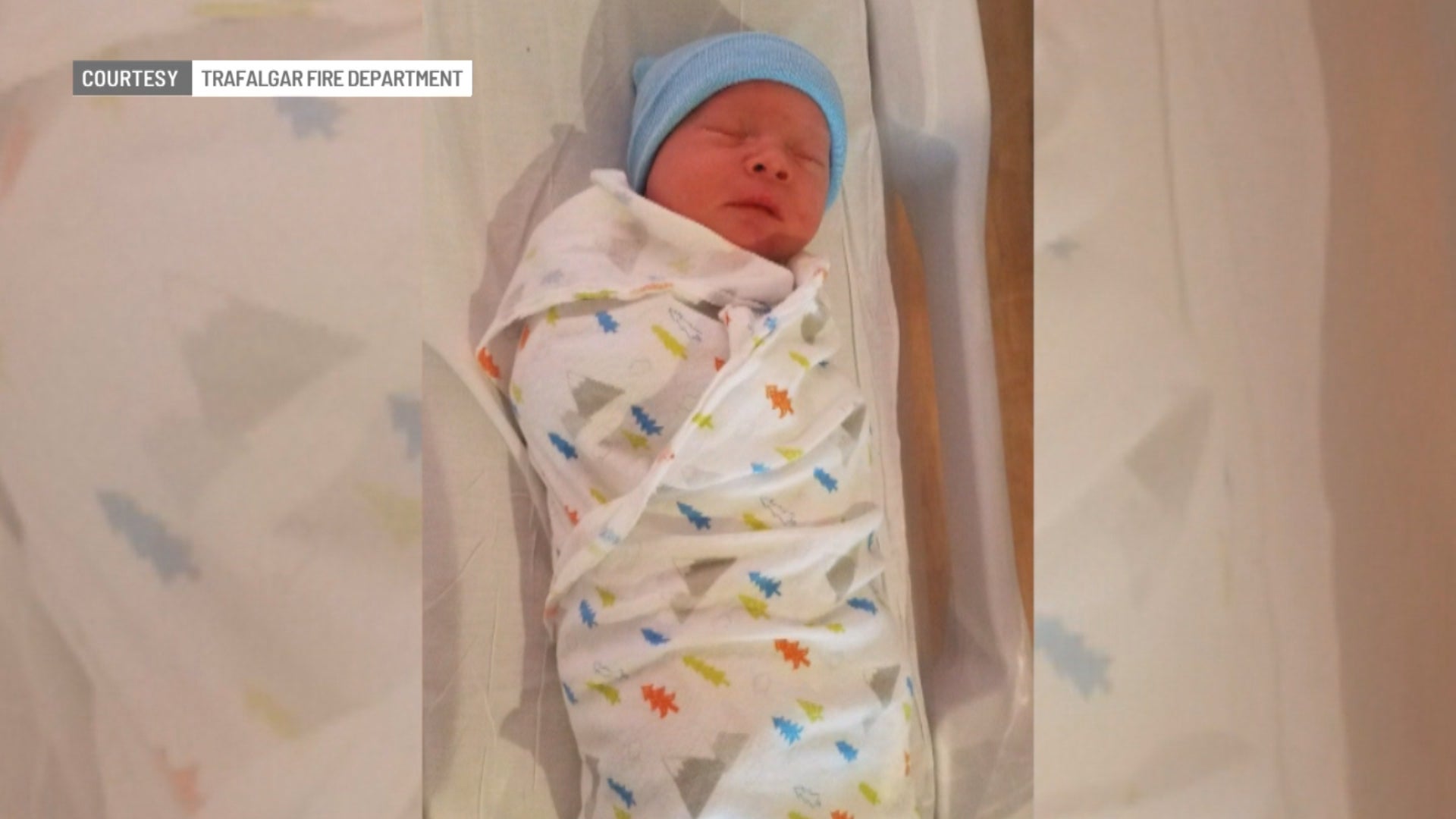 SAMARIA, Ind. (WISH) — A firefighter raced against the clock Wednesday night to help a woman deliver a new year’s baby in a church parking lot.

The Trafalgar Fire Department says it’s never delivered a baby in the field before New Year’s Day when they handed a healthy baby boy to his mom.

The boy is with his parents, Eric and Kelly Hilligoss, who were not available to talk Thursday.

Tyler Sneed, a Trafalgar firefighter and medic, delivered the baby.

“When I stepped back, I was physically shaking,” Sneed said. “It was a rush and it was the scariest thing I’ve ever done in my life. Burning buildings don’t give you that feeling.”

The parents had pulled into the parking lot of Samaria Christian Church, in a small community about a mile west of of the town of Trafalgar. That’s about 20 miles south of Indianapolis.

The Holligosses were 20 minutes away from the nearest hospital and knew they would not make it there in time.

Sneed said he got the call as he was sitting down for dinner a mile or so away.

“I saw the nature of the call and the location and I’m like, ‘It’s really close.’” Sneed said.

Sneed had no support other than a police officer who got there right before him. “Pretty sure he wasn’t an EMT (emergency medical technician),” Sneed said. “Didn’t know what he was doing. Made an excellent flashlight holder.”

He says he helped only about 90 seconds.

“I never looked back once I got in the car with her,” Sneed said. “I don’t know when people pulled up, the firetruck pulled up, when the ambulance got there. I know they got there!”

The baby by Thursday did not yet have a name, but Trafalgar fire said the parents are just getting a moment to rest after their chaotic evening.

Could the baby be named after the brave firefighter who delivered him?

“I hope not!” Sneed said. “This is really not that big of a deal. I mean, it’s just what we do. We’re here to help. They needed help. We helped them. That’s how I see it. I didn’t even think of that. That never even crossed my mind until you just said it.”

Sneed says the only thing he needs is the satisfaction of doing something that brings joy and life to the world.

“It’s just another day,” Sneed said. “We just get back on the truck and we’ll do it again today if that’s what happens.”