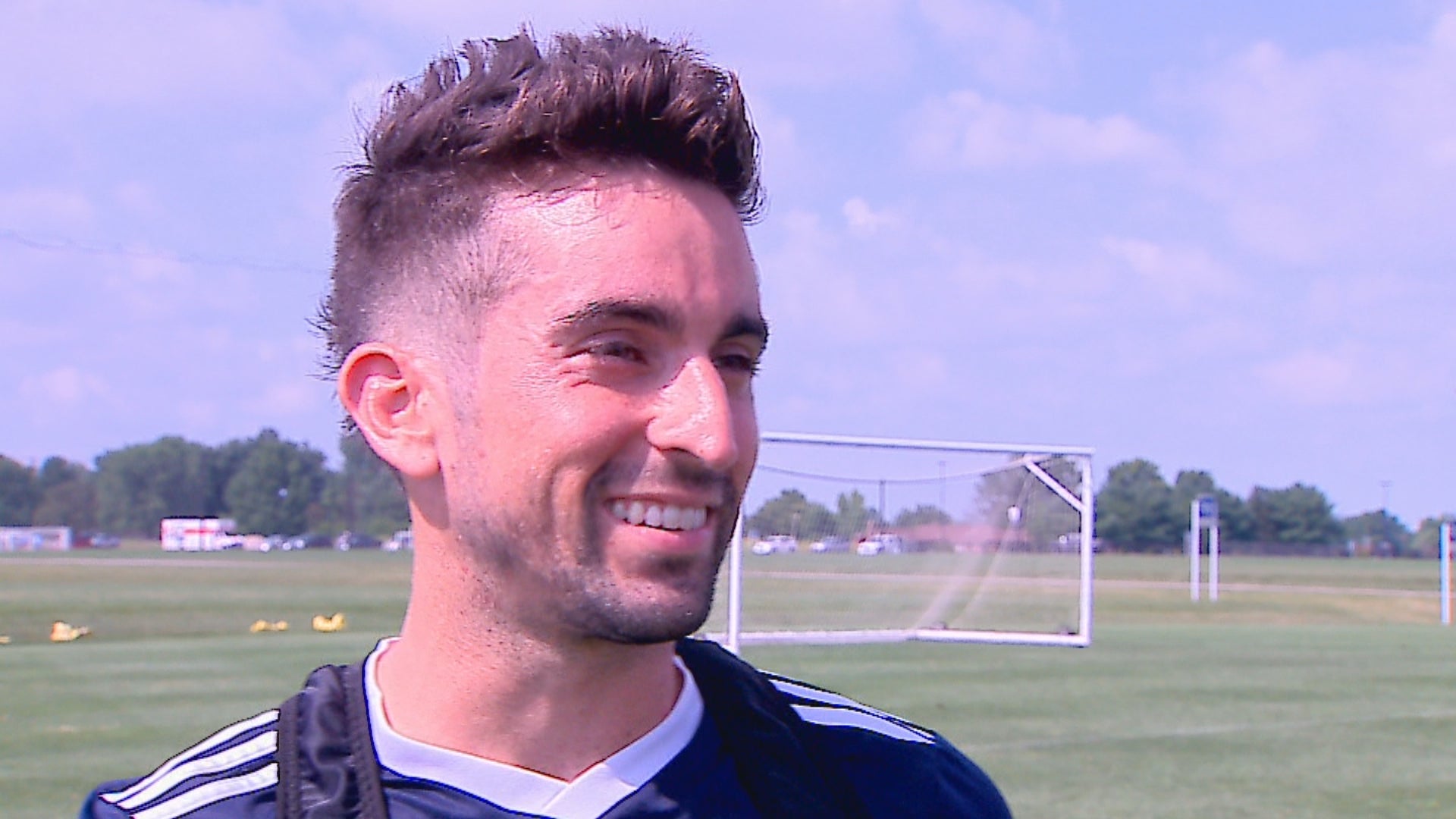 WESTFIELD, Ind. (WISH) — This is a public service announcement for Tyler Gibson.

The 28-year-old midfielder refuses to leave the pitch in his first season with the Indy Eleven.

“No, no if he (Head Coach Martin Rennie) wanted to take me out, then that is his call,” Gibson said. “But, I would probably talk to him after,” Gibson said and then laughed.

Watch the Eleven vs. the Loudoun United FC starting at 7 p.m. Saturday on WISH-TV.

Gibson recently was made aware he didn’t sit for a single second over the first 16 matches this season. That’s impressive for a keeper.

For a midfielder faced with at times three games a week? It’s borderline insane.

Just ask Rennie how much mileage Gibson logs during a single match.

“It has got to be about 9 miles roughly, and that’s a lot,” Rennie said. “The thing about it is it’s not steady running, it’s sprinting, it’s turning, it’s going. I think he could probably play a game then do an Ironman.”

Then, there is the other part of Gibson’s story.

He hails from Knoxville, Tennessee, just minutes from the University of Tennessee campus.

So, let me get this right. An Ironman with ties to Knoxville. Sound familiar?

“When anybody asked who is my NFL team, I was like, whatever team Peyton (Manning) is on,” Gibson said.