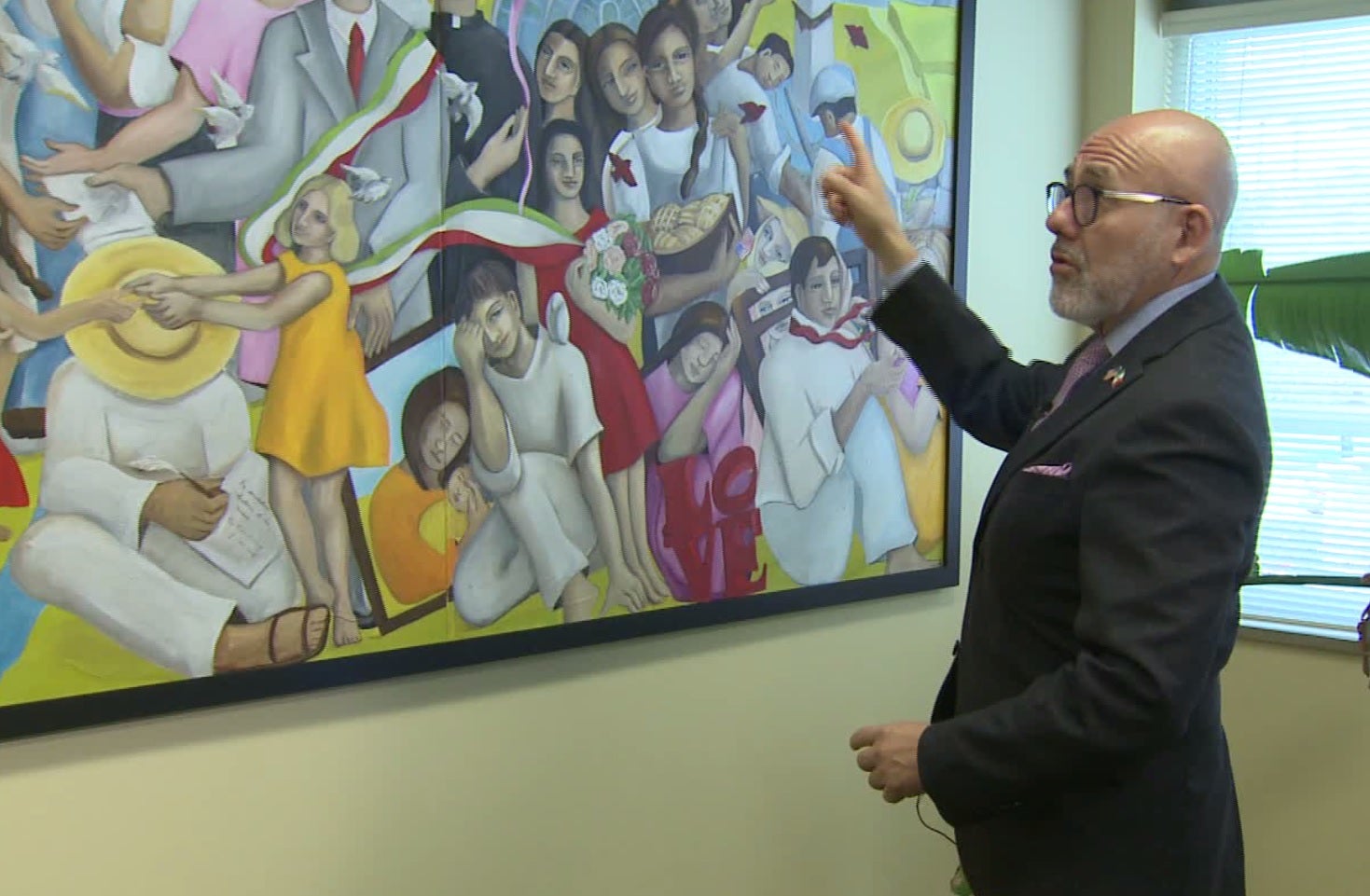 INDIANAPOLIS (WISH) — It is the most populous Spanish-speaking country on the continent, and the only one sharing a border to the south of the United States.

It is no surprise the majority of Hispanic immigrants in Indiana come from Mexico.

In fact, Mexico has 50 consulates across the U.S. You might be surprised to learn one of them is in Indianapolis.

In the city of Indianapolis is someone who holds a unique and rare position. Luis Franco represents Mexico’s Government, as the head of the Consulate.

“According to me, it’s a very friendly state,” said Luis Franco, Consul of Mexico. “They respect and support immigrants.”

In that role for the last year, his is the only nation on Earth with a full-time Consulate office in the Circle City.

Think of the office as an extension of the Mexican Embassy, following the lead of the ambassador.

They offer the same services and carry out the same official functions as an embassy.

Franco explained “The Consulate working in this capital city of Indianapolis, it’s a must. Our community has grown tremendously.”

They serve around 300,000 to 400,000 Mexican nationals in the region, which he said includes two-thirds of Indiana and Ohio, all of Kentucky and southern Illinois.

Roughly 80,000 Mexican nationals live in the Indy metro. That’s why Mexico’s leaders chose Indianapolis, back in 2002.

Franco’s staff regularly travels around the region to help Mexican nationals get passports and issue IDs and birth certificates.

They also have a program that gives abused women advice on domestic violence situations, and even financial advice.

Franco explained, “Try to teach our immigrants how to administrate the budget. How to save, how to purchase or go through some financial matters with basic knowledge.”

The office is also involved in the community. In recent weeks, the consulate educated the Latino community on different social issues, including labor rights.

Franco explained: “They have rights whether or not they have got migratory documents. It’s important. This impact goes not only to Mexicans. But Central Americans, South Americans. They can come get this kind of information because we don’t request any kind of documents proving they’re Mexicans.”

All of it to help thousands of Hispanics living in our region.