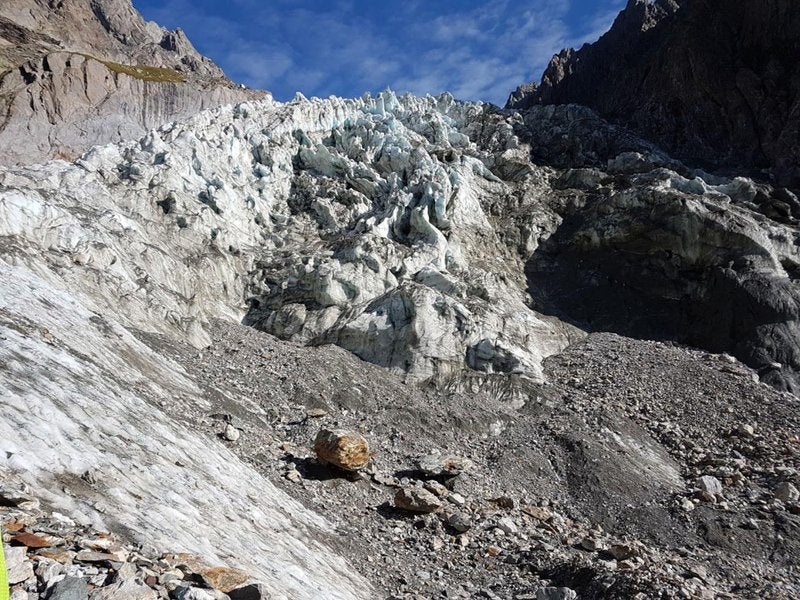 The remains were discovered this week by a hiker who was searching for artifacts from decades-old crashes of two Air India flights, one in 1966 that killed more than 100 people and another in 1950 with nearly 50 fatalities, Alpine rescue commander Delfino Viglione said Friday.

“We have many missing people in that area,” Viglione said, including another 20 or so hikers who have disappeared over the decades. “We often have discoveries. We don’t go in search of them but they are pointed out to us by hikers and climbers.”

Viglione said a wallet belonging to a German man who went missing while supposedly on a trip to another part of Italy in the 1990s was found in a backpack near the remains. A coroner was testing the remains to see if they are a match. There was no immediate indication of who the other remains may belong to.

Glacier melting during this unusually hot summer in Europe helped reveal the remains, which were torn asunder over the years by natural glacier movements.

“The glacier continues to expel the bodies,” he said. “In general, the remains are transported toward the valley. But if the glacier is melting, it increases the possibility of finding them.”

The discovery of more bodies on Mont Blanc – the highest mountain in the Alps, rising 4,810 meters (15,781 feet) above sea level – was just the latest of long-missing remains found this summer.

In August, police in southwestern Switzerland found the remains of a German hiker who went missing three decades ago in the Hohlaub glacier. In July, police recovered the bodies of a local couple who left to feed their animals in 1942 but never returned in the nearby Tsanfleuron glacier.