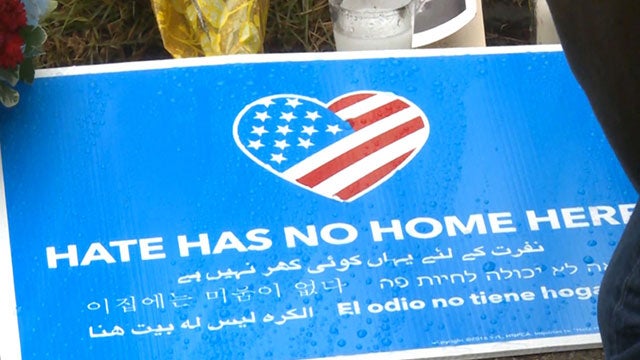 WASHINGTON (NEXSTAR) — The acting Homeland Security secretary traveled to Mississippi on Tuesday to talk about increased security at places of worship in light of recent attacks against synagogues, churches, temples and mosques.

Members of Congress and the Trump administration — from different races, religions and political parties — met in Mississippi to work together to prevent attacks aimed at communities of faith.

“The ability to freely practice our religious beliefs and to attend houses of worship is a fundamental American value,” said U.S. Rep. Michael Guest, a Mississippi Republican.

Guest joined Democratic U.S. Rep. Bennie Thompson of Mississippi at a meeting of an advisory committee. Its goal is to develop a united response to attacks by extremists including white supremacists.

“Often, houses of worship are targeted solely because of the demographics of the congregation,” Thompson said.

Acting Secretary of Homeland Security Kevin McAleenan told the gathering that the department is focused on preventing these attacks.

“They pull at our civic seams in our diverse country and they challenge citizens’ faith in their government’s ability to protect them,” he said.

At the request of Congress, McAleenan formed the advisory committee to study how best to increase security at places of worship.

Following her attendance at a funeral of an El Paso, Texas, shooting victim, Jackson Lee said the entire country must join together to change the mindset of potential killers. “We must find a way to invest huge sums of money in intervening in these white minds that are drawn to white militia, white supremacy, white nationalism.”

The committee’s report, due in September, will include recommendations on training, information sharing and grant money for federal, state and local governments to keep worshippers of all faiths safe from gunmen and others who mean harm.