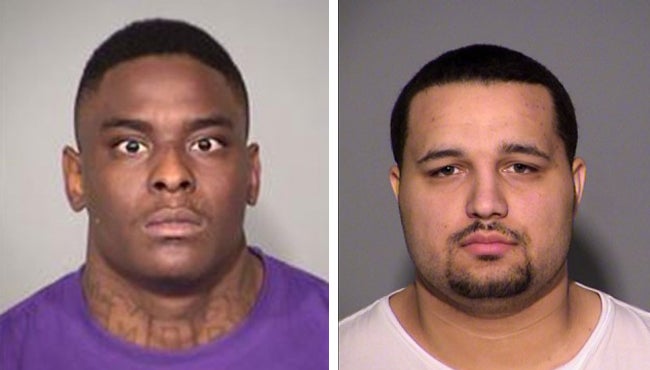 INDIANAPOLIS (WISH) – New charges have been filed in the cases of two double murders that happened in Indianapolis in 2014.

Officials say Grundy is charged with four counts of murder and conspiracy to commit murder for his role in the deaths of Tyrece Dorsey and William Davis in January 2014 and the deaths of Carlos Jefferson and Julius Douglas in February 2014. Dorsey and Davis were shot and killed on Jan. 28 outside a gas station and convenience store in the 1800 block of North Rural Street. Jefferson and Douglas were shot and killed on Feb. 1 in the 3400 block of North Hovey Street.

Authorities say Grundy is accused of paying Means to commit the murders.

Means was originally charged for the crimes in September 2014. On Thursday, officials say a motion was filed to change those charges to include a count of conspiracy to commit murder for conspiring with Grundy in planning the murders.