Meth lab busts down more than 50 percent in Indiana 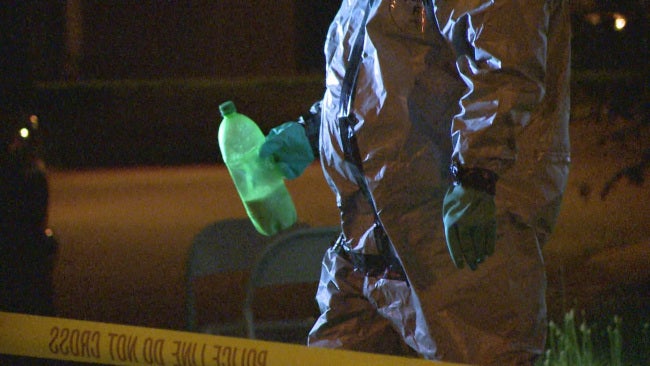 INDIANAPOLIS (WANE) – Indiana State Police data shows a 58 percent decline in statewide methamphetamine lab seizures in 2017. However, some in the criminal justice system said fewer meth labs do not mean fewer drug users. The data reports 254 meth lab busts happened from January to June of 2017. In that same time period last year, the number was 605.

State Rep. Ben Smaltz (R-Auburn) presented the ISP data in a press release Tuesday. During the 2016 session, Smaltz sponsored a law that makes purchasing large amounts of pseudoephedrine, a common ingredient in meth, more difficult to get from a pharmacy. The ingredient is also found in popular decongestants, so the law also allows local pharmacists to use their professional judgment to make sure those who need it have access to the proper cold medications.

Smaltz also noted the number of children removed from meth lab environments went down nearly 68 percent from 108 to 35 cases.

“Because of the hard work of law enforcement and pharmacy staff in combination with statewide meth reforms, Indiana has seen a significant drop in meth lab busts,” Smaltz said in the press release. “Since taking office, one of my top priorities has been to curb meth production in Indiana while working to reduce the number of Hoosier children exposed to meth labs to zero. As these numbers continue to go down year after year, I’m confident that we are on our way toward achieving those goals.”

Smaltz said more children were removed from meth labs during a single month in 2015 than the first half of 2017.

Noble County Prosecutor Eric Blackman said he’s seen this statewide trend in the county, a county commonly in the top ten of the most meth lab busts. Between 2015 and 2016 the number of meth lab busts in Noble County went from 70 to 40.

Blackman credited new legislation and vigilant police. However, he said fewer meth labs do not mean there are fewer drug users in Noble County. He said there’s a rise in the sale of pre-manufactured meth. The opiate epidemic has taken over a lot of the county’s urban areas. Blackman said the opiate problem is starting to creep into the rural areas, but meth is still king there.

In fact, Blackman is getting ready for the bench trial of Mark Morr who was arrested outside Ligonier in Noble County earlier this year after 20 pounds of meth was found in his home. It’s considered one of the largest meth busts in state history.