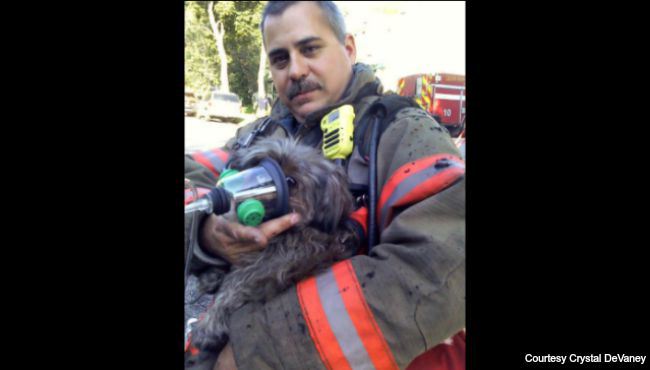 GRAND RAPIDS, Mich. (WOOD) – A group of Grand Rapids firefighters are being hailed as heroes after saving a dog who was in a house fire.

Jordan Roberts posted a picture on WOOD TV8’s Facebook page of the firefighters in action in front of a home on Sigsbee Street Tuesday morning.

She described how she and her two sons watched them work for 30 minutes to revive the dog following the fire. She said it “ended in a wagging tail and cheers!”

Roberts went on to thank the firefighters.

The Grand Rapids Fire Department identified the firefighter who performed CPR on the dog as Craig Lewis from the Bridge Street Fire Station.

My 2 sons and I watched GRFD work for over 30 minutes on reviving a little dog who was in a house fire this morning on…Posted by Jordan Roberts on Tuesday, September 15, 2015