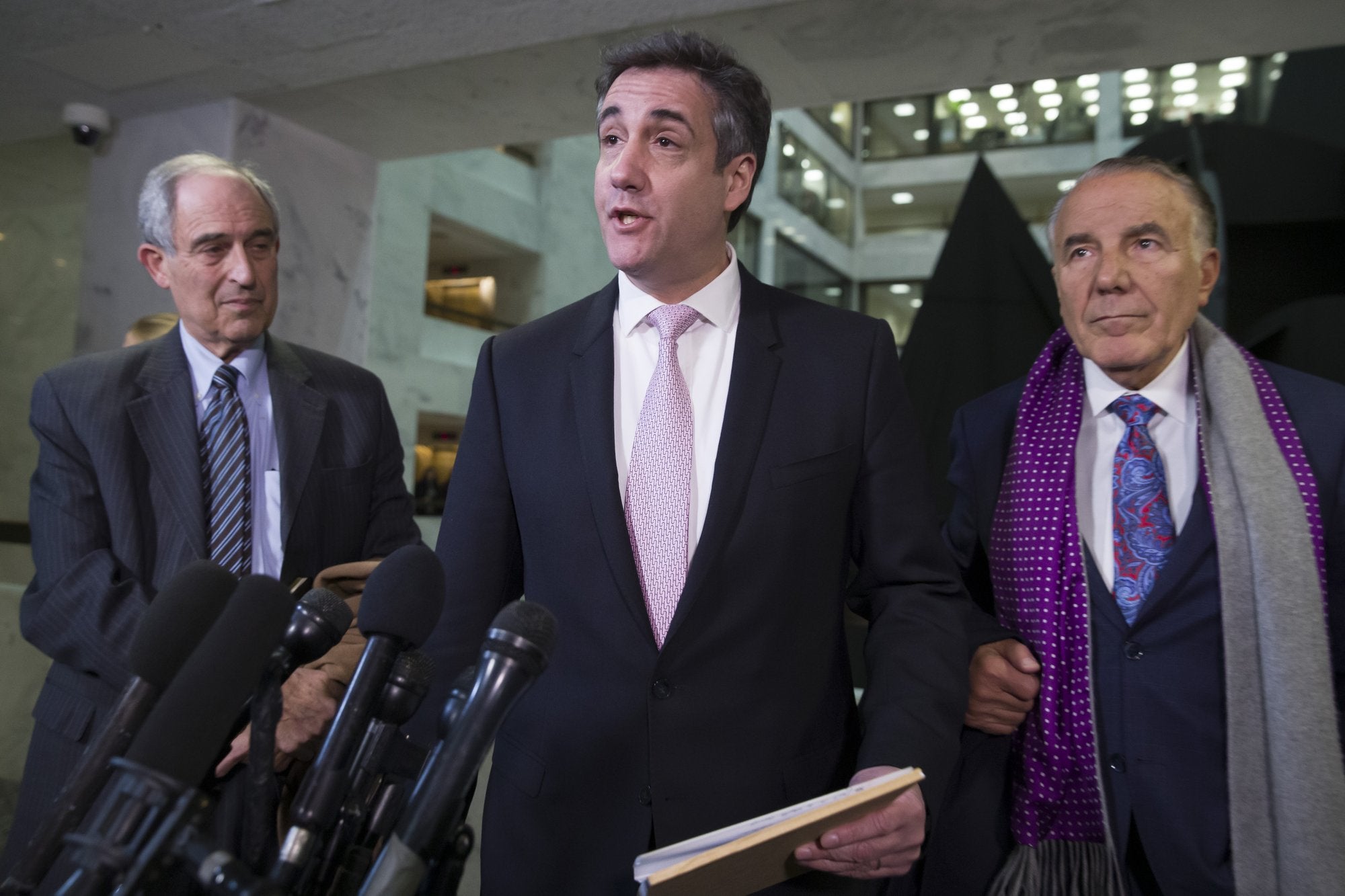 Cohen testified under oath last week at a House Oversight Committee hearing that he had never asked for, and would not accept, a pardon from Trump.

On Thursday, Cohen’s lawyer, Lanny Davis, said Cohen had in fact “directed his attorney to explore possibilities of a pardon at one point with Trump lawyer Rudy Giuliani as well as other lawyers advising President Trump.”

The conversation happened in the months after the FBI in early April raided Cohen’s home, office and hotel room, while Cohen’s lawyers were involved in an agreement to share information with Trump’s legal team. At the time, Cohen was “open to the ongoing ‘dangling’ of a possible pardon by Trump representatives privately and in the media,” Davis said in a statement.

The development was first reported by The Wall Street Journal.

Davis’ comment raises questions about whether Cohen, who is slated to begin a three-year prison sentence in May, lied to Congress last week. But it also highlights how the issue of pardons has emerged as a significant line of inquiry for congressional investigators.

There is nothing inherently improper about a subject in a criminal investigation seeking a pardon from a president given the president’s wide latitude in granting them. But investigators want to know if the prospect of presidential pardons were somehow offered or used inappropriately.

Cohen has become a key figure in congressional investigations since turning on his former boss and cooperating with special counsel Robert Mueller. During last week’s public testimony, he called Trump a con man, a cheat and a racist.

Trump, in turn, has said Cohen “did bad things unrelated to Trump” and “is lying in order to reduce his prison time.”

In his statement on Thursday, Davis said when he was brought on to Cohen’s legal team in June, his client “authorized me as a new lawyer to say publicly Mr. Cohen would never accept a pardon from President Trump even if offered.”

“That continues to be the case,” Davis said. “And his statement at the Oversight Hearing was true — and consistent with his post joint defense agreement commitment to tell the truth.”

Lawmakers have requested information about talks on possible pardons for Cohen and other defendants close to the president who have become entangled in Mueller’s investigation. Mueller is investigating possible coordination between Russia and Trump’s 2016 presidential campaign.

Cohen is headed to prison in May after pleading guilty to campaign finance violations, lying to Congress and other crimes.

Cohen also admitted that he lied to Congress about the duration of negotiations in 2016 over a Trump real estate project in Moscow.