Michigan teen among the tallest in the world 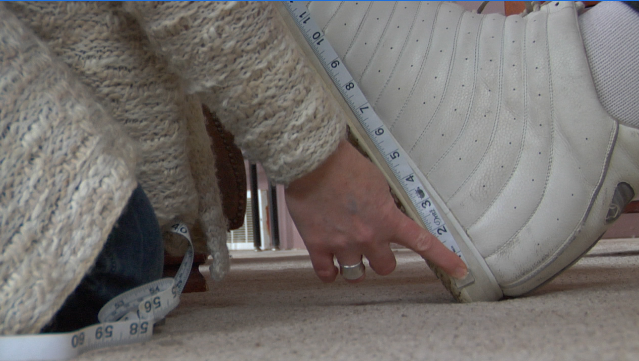 (WLNS) – One Mid-Michigan teen is on track to becoming the tallest man alive.

Broc is your average 19-year old teenager, who likes to hang out with friends, play video games, watch wrestling, and shoot hoops.

However, one thing that sets him apart, is his height.

You read it right, standing almost 8-feet tall, Brown towers over almost every person he comes into contact with, and he’s still growing…

“It’s hard to find him clothing, we have to go online the majority of the time, once and a while we can find shirts and things like that, that’s a little bit easier, but for pants, it’s difficult to find pants that are long enough for him,” says Broc’s Aunt, Stacy Snyder.

Broc was born with a rare genetic disorder called Soto’s Syndrome, also known as Cerebral Gigantism, where his body doesn’t know when to stop growing.

Right now, he’s only 7-inches away from becoming the tallest man alive.

Right behind Sultan Kosen from Turkey, who stands 8’3″.

“Whenever they say that, they make me look like I’m the next Shaq,” jokes Brown.

Broc faces some hurdles though, when it comes to his height.

For example, getting into a car or finding shoes to fit his size 28/30 feet.

“He only has one pair of shoes, that’s all, ya know, he has no boots, he has no sandals, he’s stuck with the one pair that we’re very grateful for,” says Snyder.

But with some of those misfortunes, also brings fame.

Broc has been featured in an episode on TLC, he’s also caught the attention of many people around the World, just like him.

“We’ve heard from people from Poland, and the Netherlands, and Russia, and Australia, it’s just been phenomenal, his Facebook page blew up, he has over 16,000 likes and I think at the beginning of the year, he was at about 3,000, so, it helps Broc because then he realizes that he’s not alone,” says Snyder.

Despite some of Broc’s daily challenges, he says he’s embracing his height, and his popularity.