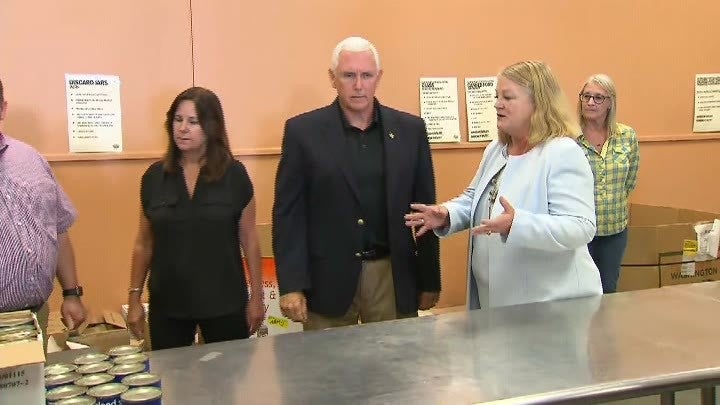 Pence, his wife and federal agency heads on Tuesday visited a food bank and toured Tulsa-area neighborhoods swamped after the swollen Arkansas River left its banks.

Major flooding is expected to subside within a few weeks.

Acting head of the Federal Emergency Management Agency Pete Gaynor said he expects 4,000 individuals and businesses in Oklahoma to register for disaster assistance.