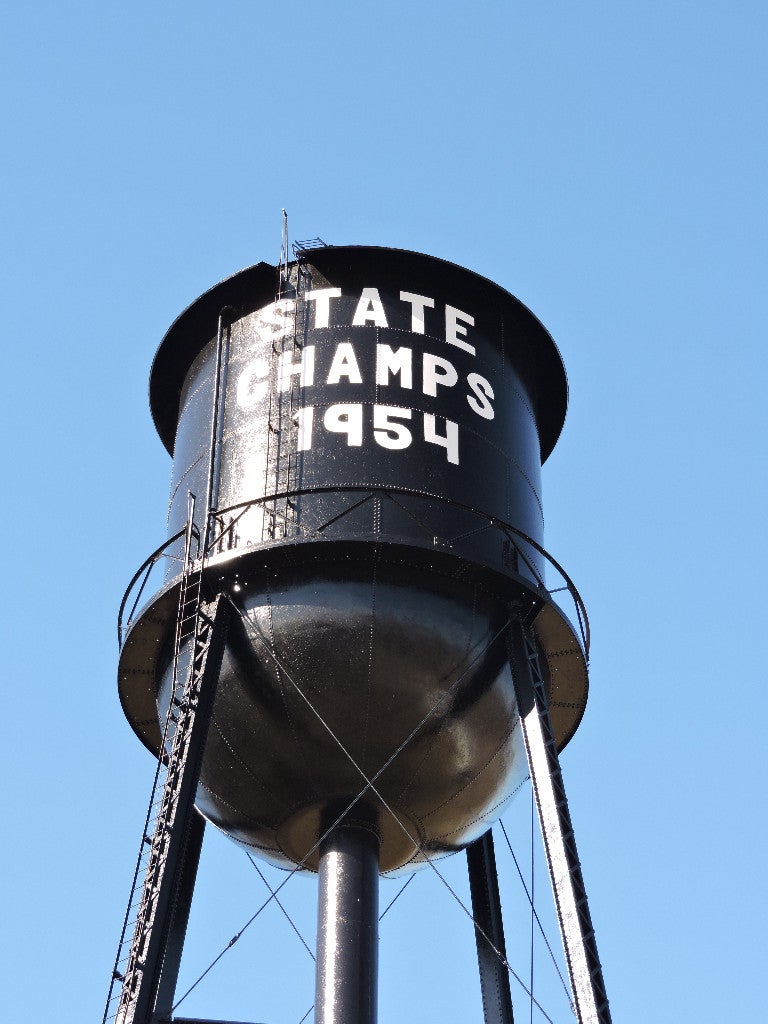 Events begin Saturday at 9 a.m. with the dedication scheduled for 10 a.m. The dedication will feature speakers from the 1954 team. In addition, the Travel-Aires, who sang at the state finals in the movie “Hoosiers” will sing the national anthem at the ceremony.

Other events include free haircuts in the ’54 Hoosiers Museum’s barbershop, an autograph session with the 1954 Milan basketball team and a showing of “Hoosiers” in the Marvin Wood Gymnasium.

The water tower was built in 1924, and since the mid 1950s, has proclaimed “State Champs 1954.” Prior to the recent facelift, which started last year, the tower was last painted in 1969. As part of the update, the tower is now lighted nightly for the first time ever.

With an enrollment of 161 students, Milan defeated Muncie Central (enrollment 1662) in the 1954 Indiana boys basketball state championship game. The team and story were the inspiration for the 1986 movie “Hoosiers.”

More information about Saturday’s events can be found here.