Military aircraft collide off Waialua; search on for survivors 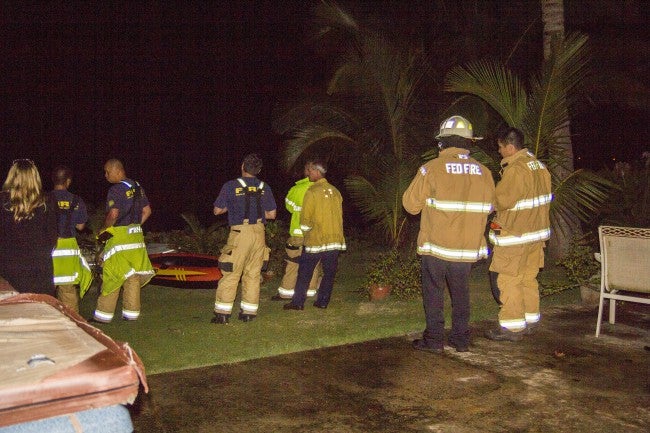 (CNN/KHON2) – Two U.S. Marine Corps CH-53E helicopters are missing off the North Shore of Oahu late Thursday, according to the U.S. Coast Guard.

Searchers have spotted a fire and a debris field, including an empty life raft, about 2½ miles north of Haleiwa Beach, according to Chief Petty Officer Sara Mooers.

The debris field was about 1.5 miles wide.

A total of 12 people (six on each helicopter) on board the two aircraft, Mooers said.

The Honolulu Fire Department received calls around the same time from Kahaone Loop in Waialua.

Witnesses in the area say they heard a loud boom over the water and saw a big flare in the sky. Residents say it felt like an earthquake.

The area is forecast to have 10 to 15 foot waves, with rapid building to 30 to 40 feet Friday morning.

The cause of the accident is under investigation by the Marine Corps.

Honolulu police are asking the public to not touch any debris they find in the area. The items may help in the investigation. People should call police if they find anything that appears out of the ordinary in the area.

In May 2015, a Marine Corps MV-22 Osprey aircraft crashed in Waimanalo during a training exercise, killing two Marines. Twenty-two people, one Navy Corpsman and 21 Marines, were on-board.