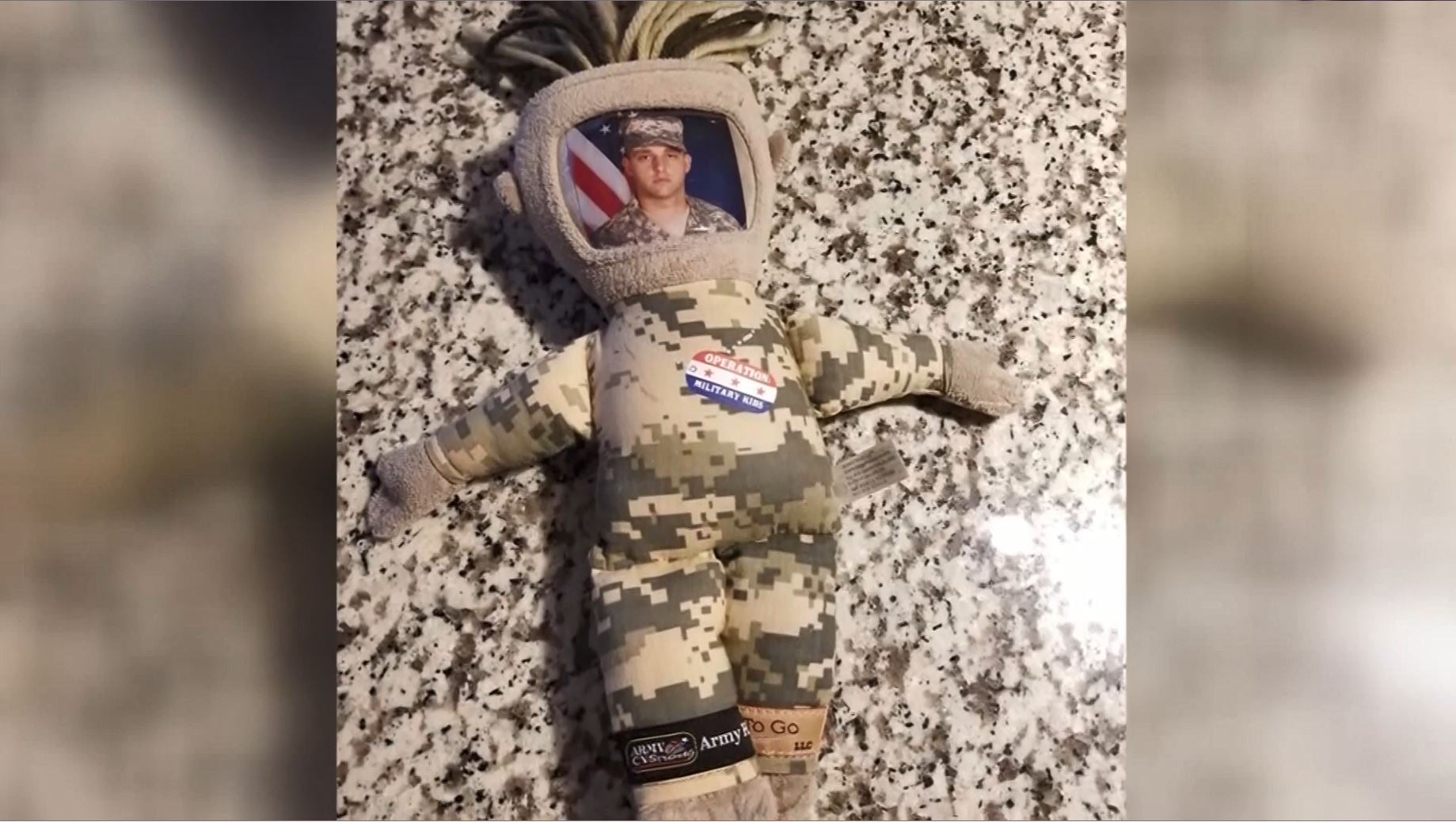 SPRINGBORO, Ohio (WXIX/CNN) – A military family in Lebanon, Ohio is hoping to find a 3-year-old girl’s doll she calls her “Daddy doll.”

Jessica Osborne says right now her husband Brandon is in Virginia for training with the Kentucky national guard and, before he goes, Jessica says the two oldest of her three daughters always get their “daddy doll.”

“I had gotten it out Friday morning just to kind of give them that prep talk, ‘Dad’s not going to be around for a while, but he’s coming back’ kind of thing, said” Jessica.

That same day is when 3-year-old Mattie’s went missing. Just one day after her father left.

Jessica said, “She wanted it, we couldn’t find it. I tore the car apart, the house apart, my diaper bag apart. It was nowhere to be found.”

So right now the search is on the find it.

According to Jessica, “She asked me where it was and when we couldn’t find it, she was devastated, she cried, it was really hard to get her to go to sleep that night.”

Jessica says they were in Lebanon, Ohio that day. They grabbed a bite to eat at the LaRosa’s on Deerfield road, visited her in-laws on Highland Avenue and walked to the Dairy Queen on Columbus Avenue nearby.

She says she’s made several calls looking for the doll, even retracing some of their steps from that day. Still though, having absolutely no idea where it’s at, Jessica has since posted on social media hoping someone has seen it.

Jessica says, “It helps ease their mind when they can at least pick up the doll, hug it and see a picture of their father inside. It brings a little more comfort to them and bedtime is just a little bit easier.”

Jessica says her husband will be back in August. She says if she has to, she’ll get a replacement doll, but she’s hoping to find the original.