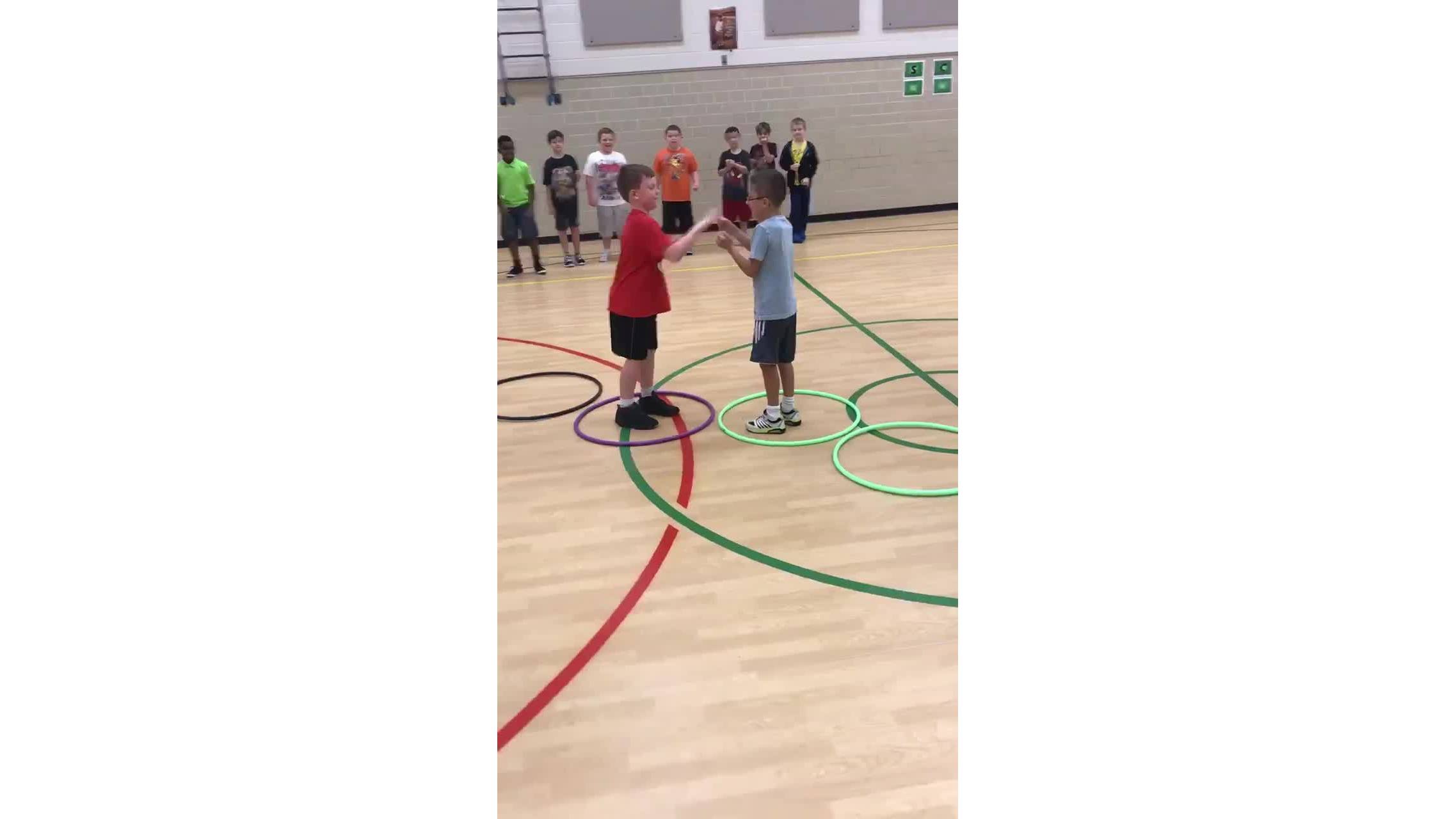 INDIANAPOLIS (WISH) — A local teacher has gone viral after posting a video of a gym class game.

Eric Branch with Lowell Elementary School posted a video of a game called “Hoop Hop Showdown” a week ago. Since then, the video has racked up more than 10 million views on Facebook.

“I love the reaction that it’s gotten,” Branch says. “I think what’s most powerful about it is not the game itself, but the kids and the energy that they have in the video.”

It’s only a one-minute long video, but it shows the kids absolutely losing their minds during the competition.

4th graders getting hyped for Hoop Hop Showdown today. I’m pretty sure this could fill a 30 minute time slot on ESPN 8: The Ocho
#Espn8TheOcho #TheHopNeverStops #HoopHopShowdownPosted by Eric Branch on Thursday, August 9, 2018

Branch, who has been with the school for eight years, said the idea for the game came over the summer when a colleague showed him something similar. From there, adjustments were made and “Hoop Hop Showdown” was born.

The game starts with hula hoops being placed in a path along the gym floor. The class then divides into two halves, with each half going to a different end of the path. Kids will then hop from hoop-to-hoop until members of each half meet face-to-face. When the players meet, they square off in a game of “Rock, Paper, Scissors,” until there is a victor. The loser returns to the back of their line and is replaced by the next person in their line. The winner continues along the hula hoop path until another opponent meets them.

If a player makes it all they way to the end of the path and wins one final game of “Rock, Paper, Scissors,” that person is the winner.

While the game is actually designed as an individual sport, the kids supported each other throughout and essentially turned it into a team activity.

“The way they bought into it was incredible because they were supporting each other as if they were all teammates,” Branch says.

Branch says the game is incredibly difficult to finish, with class ending sometimes without a winner.

Will you see the game eventually featured on The Ocho, ESPN’s ode to the fictional network from the movie Dodgeball?

“That would be close to a life goal,” Branch says. “If that could happen, oh my gosh, that would be incredible.”