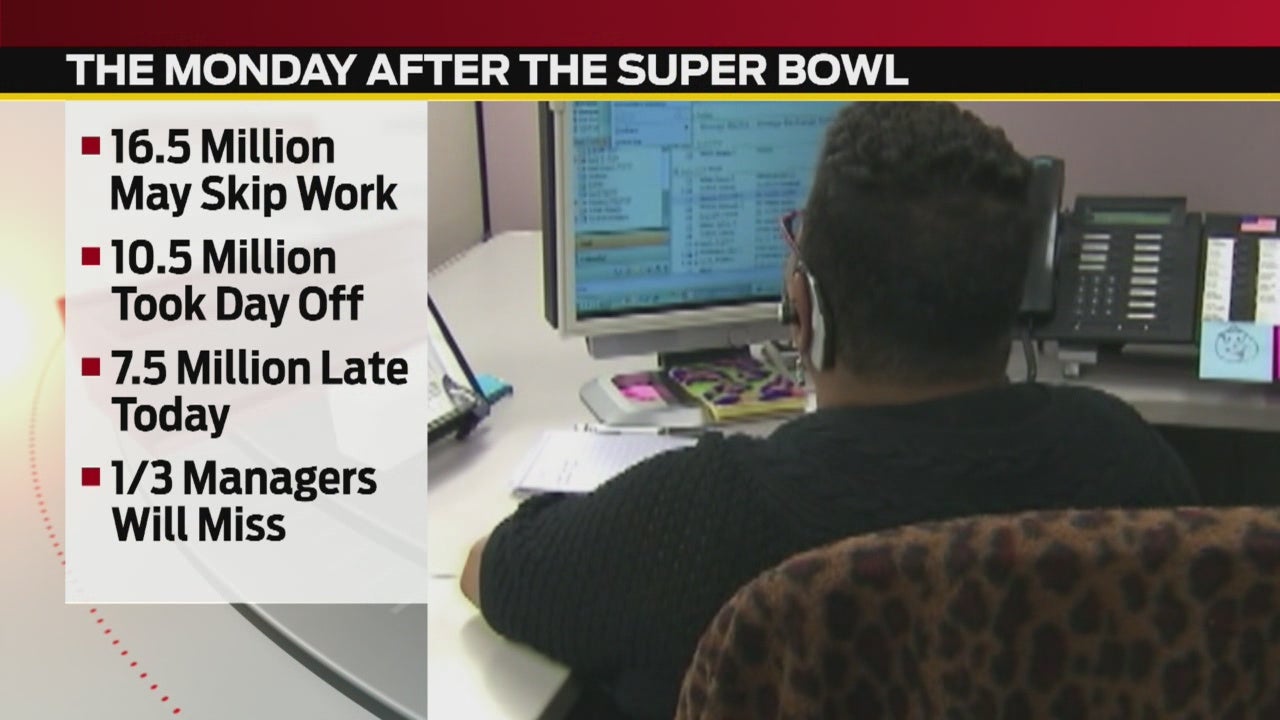 INDIANAPOLIS (WISH) – There’s a relatively popular theory about the Monday after the Super Bowl: productivity goes way down. But now there’s data to support the claim.

The study shows nearly 7.5 million people could arrive late for work Monday. If you thought it was only the people lowest on the totem pole skipping out, you’d be wrong – nearly 1/3 of managers may miss work Monday.

So how do you get your body back on track? Indy Style Dietitian Annessa Chumbley gave some good ideas.

“First of all, we have pineapple that has a nutrient in it called Bromelain. Think of Bromelain as a way to restore peace in your intestinal system. It lowers any inflammation in your body after that night of junk food or the other things you would have been drinking and eating,” said Chumbley

Bromelain is mostly in the core of the pineapple, so take the core after you’re done eating the fruit and put it in your water to help your body get on track. Water is key: more than 96 ounces of it to help break up the toxins in your body. Also lemons, beets, cabbage and spinach can help.