Mini-Marathon runner reunites with nurse who saved his life 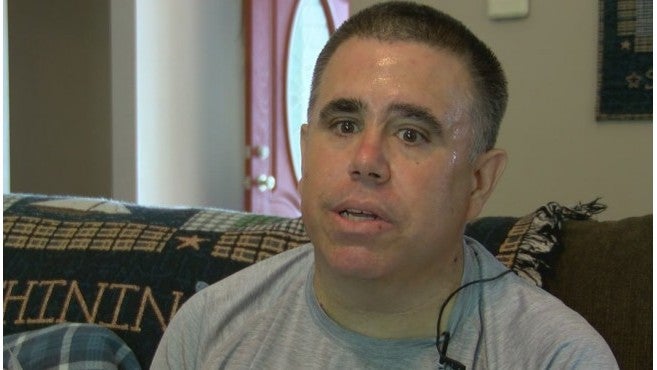 FISHERS, Ind. (WISH) — The OneAmerica 500 Festival Mini-Marathon may be over, but a runner from the half-marathon has remained in the Indianapolis area days later.

He suffered a massive heart attack at Indianapolis Motor Speedway while running the course. Doctors said the only reason he’s alive is because of where it happened.

Jason Ronna, 47, said he was lucky so many people were around him when it happened; three people in particular. The Metropolis, Illinois, resident said it is a race he will never forget.

Like many of the thousands of runners who took to the streets for the annual Mini-Marathon two weekends ago, Ronna was excited.

“That’s the last memory I have until late Tuesday or Wednesday,” Ronna said.

As fate would have it, Jason was running alongside guardian angels who immediately went to work performing CPR.

“What God did was he placed a nurse and two paramedics there,” Ronna said.

Ronna suffered ventricular fibrillation cardiac arrest and underwent a double bypass Tuesday in Indianapolis. He has the scars to show for it.

But, what he did not have the chance to show was his gratitude for the people he credits with saving his life.

That changed Monday as 24-Hour News 8 reunited Ronna via FaceTime with Cathy Busse, the cardiac nurse from Fort Wayne who was running behind him. She was a stranger in the right place at the right time.

Here is what they said:

RONNA:  “You sure made a difference in my life, my kids’ life and my family’s life. I don’t know what to say. I never will be able to repay you.”

BUSSE: “Oh, sweetie. You had so many people there that came to your aid. There were so many people that were willing and able to help. I’m so thankful and glad that you’re doing OK and you’re all right!”

Ronna has a long road to recovery. He said he expects to get another stent put in sometime this week.

Ronna also made sure to thank the paramedics who were there, Danielle Davis and Mike Mattingly.

Busse said she plans to run the Mini-Marathon again next year. As far as running with Ronna again, she said if he’s there, she will be, too.