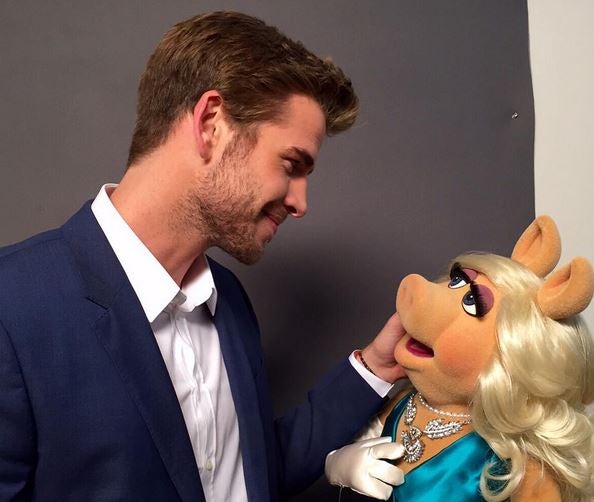 INDIANAPOLIS (WISH) – A beloved Muppet really is moving on from her longtime love.

“Hunger Games” star Liam Hemsworth joined the social media site Instagram on Monday and posted an image of himself with Miss Piggy.

The caption reads, “Spent Friday with the most beautiful girl in the world. Kermit, #SorryNotSorry.”

In a response, Miss Piggy wrote that Hemsworth will be a guest on the new Muppets show, writing “I had to explain that hunger is never a game!”

Last month, Miss Piggy and Kermit the Frog called it quits, saying they would start seeing “other people, pigs, and frogs.”

The couple was together for 40 years.