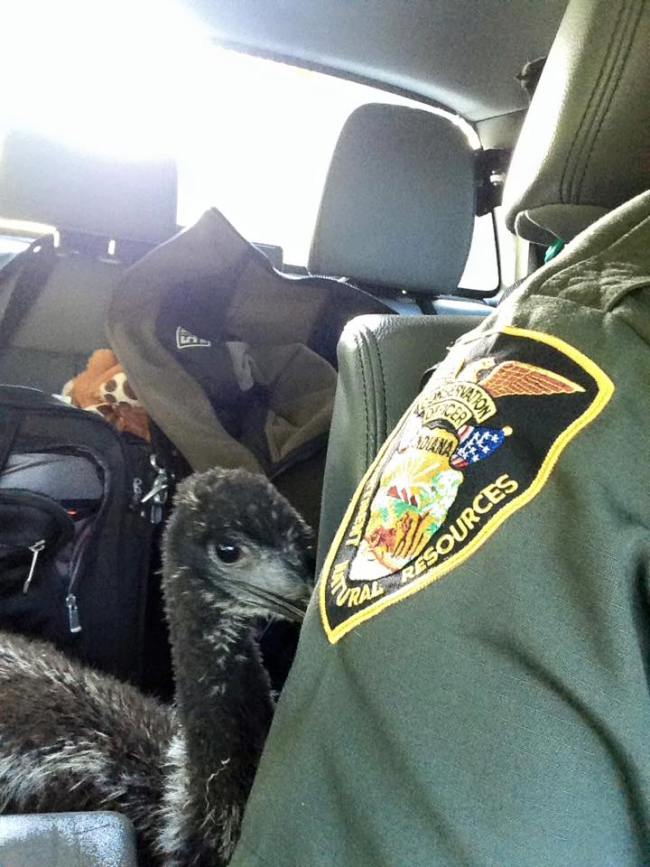 The Indiana DNR Law District 5 Facebook page added a couple of photos of a young emu that had been missing for several weeks. Officials report the emu had traveled about five miles from home before it was picked up.

According to 24-Hour News 8’s sister station, WTHI, the Facebook page stated the owners were ‘extremely glad to get her back’ and it was all because of a Facebook photo that the emu was found.

The Conservation Officer stated, “You just never know what you are going to see in a shift.”