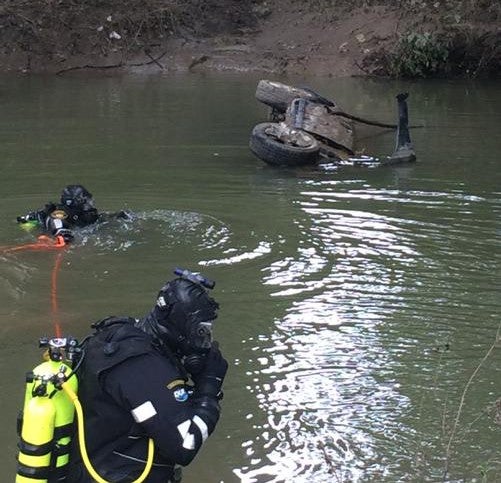 COVINGTON, Ind. (AP) – A body pulled from a car submerged in a northwestern Indiana creek has been identified as that of an Evansville man.

Warren County Sheriff Bill Miller said Saturday that an autopsy revealed the man was 59-year-old Daniel Bryk of Evansville. A bridge inspector spotted his car Thursday in Opossum Creek near Indiana Route 63 in Warren County, about 80 miles northwest of Indianapolis.

Miller says Bryk’s body appeared as though it had been trapped in the submerged vehicle for days. The autopsy revealed he died as a result of injuries from the crash.

Miller says waters in the area have been high due to flooding before receding this week. He says it’s possible the car had been completely submerged.