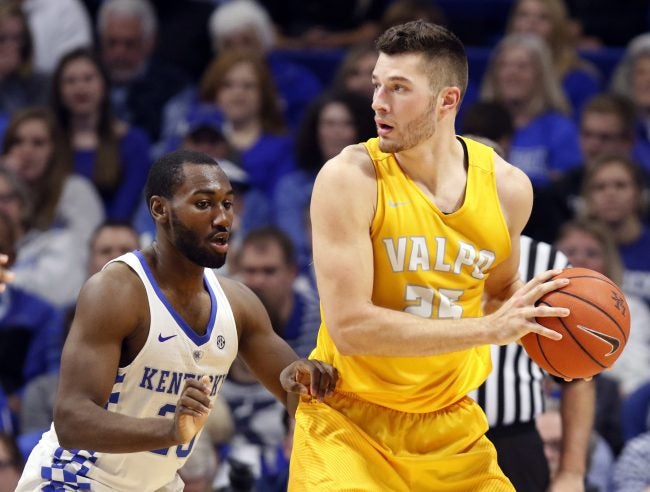 The league said Tuesday that its nine members had voted unanimously to invite the Crusaders, who currently play in the Horizon League, effective on July 1. The Valley said it would have no further comment pending negotiation of terms. Valparaiso spokeswoman Nicole Niemi said the school would not comment.

The Valley, once among the nation’s top mid-major programs, has been stung in recent years by the loss of two top men’s basketball programs. Creighton bolted for the Big East and the Shockers, who’ve been upset about the NCAA Tournament seeds of late, are leaving for the American Athletic in time for next season.

The Crusaders’ football program is not expected to join the Missouri Valley Football Conference, which has sent at least one team to the FCS championship game in each of the past six years. Instead, it will continue to play in the non-scholarship Pioneer Football League.

The Crusaders spent their first four seasons in Division I as an independent before joining the Mid-Continent Conference in 1982. They stayed in the renamed Summit League through 2006-07, then jumped to the Horizon.

The men’s basketball program is well known for Bryce Drew’s buzzer-beating shot to upset Mississippi, putting the team in the Sweet 16 of the 1998 NCAA Tournament.

It was the third straight NCAA appearance for a school that received seven tourney bids during a nine-year stretch. The Crusaders returned to the tournament in 2013 and 2015 as the Horizon tourney champs – with Drew as coach – but have not won an NCAA Tourney game since 1998.

From the moment Homer Drew, Bryce’s father, was named the head coach before the 1988-89 season, one of the Drews was in charge of the program every years through 2015-16. After the eldest Drew announced his first retirement following the 2001-02 season, his oldest son succeeded him. Scott Drew stuck around for one season before taking over at Baylor.

Homer Drew then returned to the sideline in 2003-04 and coached until he was succeeded by his other son in 2011-12. Bryce Drew led the Crusaders to NCAA appearances in 2013 and 2015 before taking the Vanderbilt job in 2016. His replacement, Matt Lottich, was promoted from assistant coach.

While basketball is the highest profile program in the athletic department, it’s certainly not the only successful team.

The men’s tennis team won the 2016 Horizon League title and the baseball team reached the NCAA’s baseball tourney in 2012 and 2013. Valparaiso also has appeared in NCAA tournaments in women’s basketball, men’s and women’s soccer, women’s volleyball and over the past 21 years.