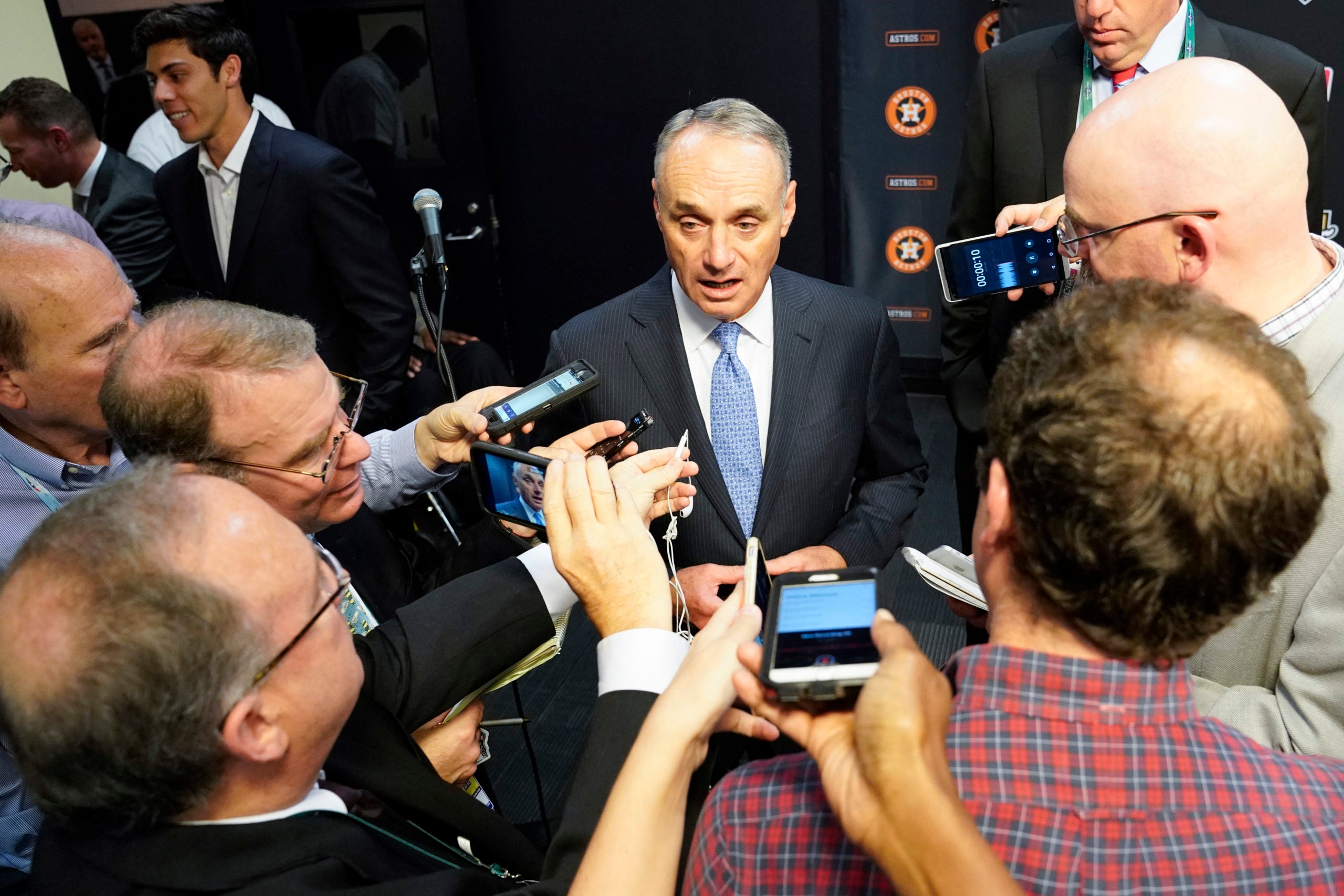 Drake posted this message to Twitter on Tuesday: “I will be buying an AR-15 tomorrow, because if you impeach MY PRESIDENT this way, YOU WILL HAVE ANOTHER CIVAL WAR!!! #MAGA2020”

Manfred spoke at Minute Maid Park on Wednesday night before Game 2 of the World Series between the Houston Astros and Washington Nationals.

Drake, 50, has worked spring training or regular-season major league games since 1999 and joined the big league staff in 2010. Drake was not assigned to work the postseason this year.