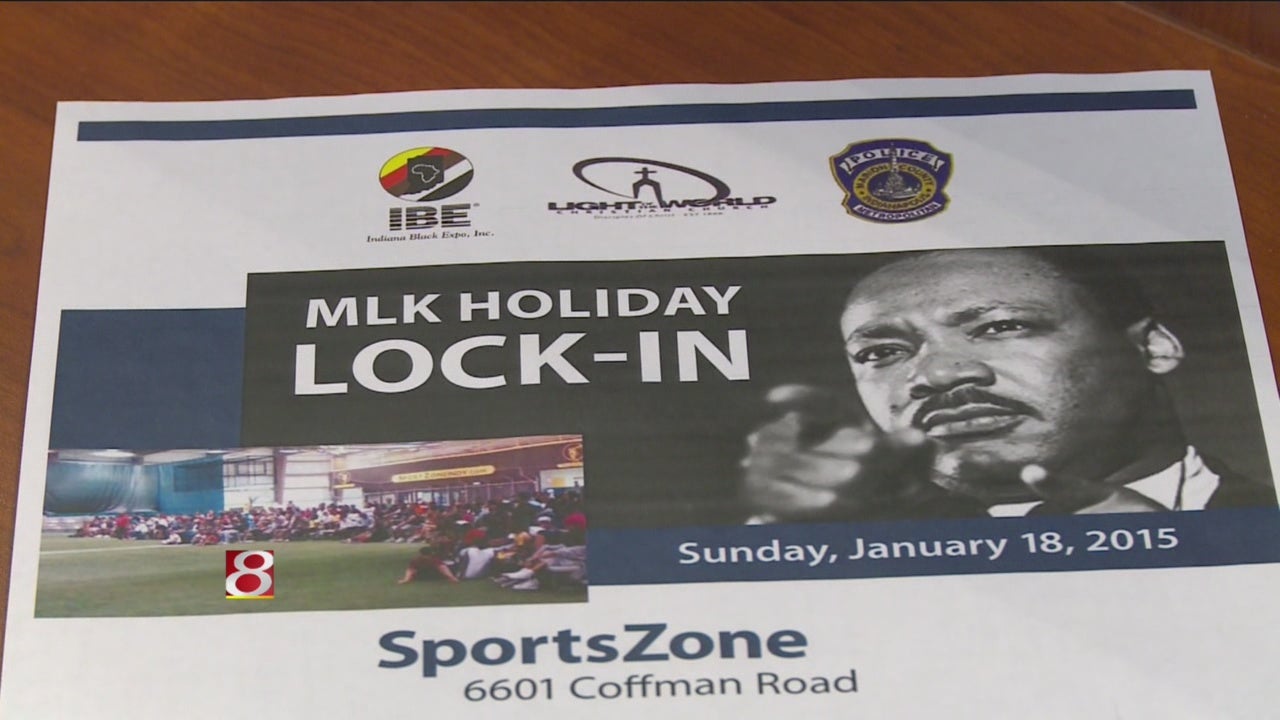 INDIANAPOLIS (WISH) — This month a brawl involving more than 200 teenagers erupted at Castleton Square Mall. It’s just one result of teens not having enough places to go.

Light of the World Christian Church is trying to tackle this issue head-on. On Sunday, they’re hosting the MLK Holiday Lock-In, to give young people a safe place to go for the three-day weekend. They’ve been hosting lock-ins for years, but this one is different. For the first time, the Indiana Metropolitan Police Department and the Indiana Black Expo are joining the effort.

It’s taken months of preparation, and countless hours of planning.

“The space is so multi-faceted,” said Matt Steward, an IMPD officer. “We have the board games, we’ve got soccer going on, we have the dance floor, so there’s a little bit for everybody.”

“One of the main issues we know young people have expressed is there’s nothing for them to do,” says Jennifer Darby director of youth and family programs for the Indiana Black Expo.

For one night, hundreds of teens will be in one space, with one goal in mind. More than 200 volunteers and 23 police officers are making the evening a reality.

“The city of Indianapolis, along with the rest of the country, needs it.” said Anderson White, Youth Director of the church. “I feel that’s the least we can do for our community, to turn around and help those young people that were in the same boat as you. That you can say, ‘I was like you and I can help you.’”

“Young people have questions, issues. How do we interface with law enforcement?” said Steward. “We’re trying to avoid situations like what recently happened in Castleton, and has happened across the country. This is just our one response to try and make a difference in kids lives.”

This is the first time a lock-in will be held at Sports Zone Indy. They need the large space to accommodate up to 1,500 people. Organizers want teens to have fun, while giving them a chance to ask anything.

“I’m always amazed at how many young people each day have to look after themselves,” said Darby, who’s been working with youth for 20 years.

“We don’t want to be reactionary, we want to take a proactive approach to this,” said Steward. “Some of the things that happened in Ferguson and other cities, the evidence is mounting that there was not a real outreach to young people in the community.”

While it’s just one night, they hope it’s impact will be long-lasting, and in some case, life-changing.

All teens are invited to the lock-in, but must register by 6 p.m., Friday. Students must bring a school I.D., a waiver and $10 to the door. Click here to register.