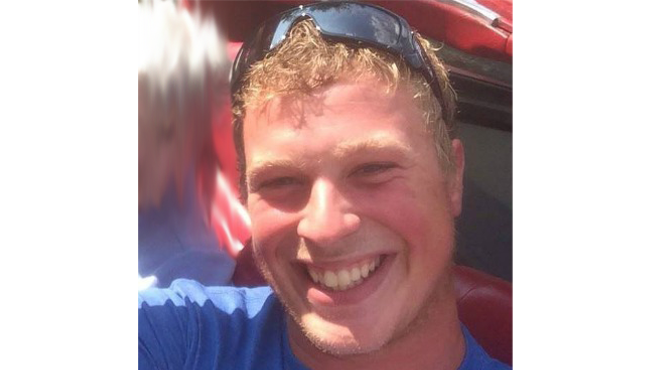 LAKETOWN TOWNSHIP, Mich. (WOOD) – Allegan County authorities are investigating a workplace accident that killed an Alto man who was just days away from welcoming his first child.

A co-worker told the Allegan County Sheriff’s Office they diluted the molasses with water before beginning to pump it out of a plastic tank behind the main building.

When the liquid level fell to about two feet, the co-worker said Herweyer used straps attached to a forklift to climb down into the tank and lower a valve to continue the pumping process. However, the co-worker said after Herweyer grabbed the straps to climb back out, he didn’t move. He told authorities Herweyer didn’t respond when he asked him if he was OK.

The co-worker ran to the company’s office for help. Armed with an electric saw, the business owner cut a hole in the wall of the tank and they pulled Herweyer out, according to the sheriff’s office report. The office manager called 911 as a co-worker began performing CPR on Herweyer after his safety mask was removed.

Herweyer was taken to Holland Community Hospital where he died.

The company owner told authorities Herweyer was under the molasses mix for four to five minutes before they started CPR.

Herweyer’s wife told the Allegan County Sheriff’s Office he had not been drinking and did not have any medical issues.

Herweyer was expecting his first child within the next few weeks, according to a GoFundMe page set up to cover his funeral expenses. The couple recently moved into a home after getting married in November, the page stated.