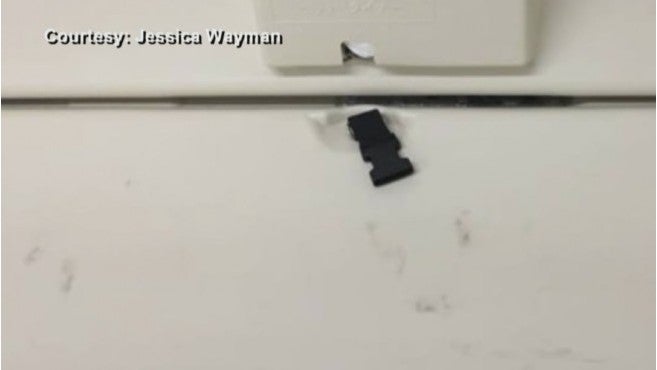 INDIANAPOLIS (WISH) — A central Indiana woman said a place to change a child’s diaper is instead being used for drugs.

She said it happened in a public bathroom inside a business on the Indianapolis east side last week. She has photos that she said proves it. Those photos have been shared more than 170,000 times.

At first glance, the photo appears a bit blurry although it shows spots almost looking like dirt. But Jessica Wayman, a Shelby County mother, told friends it is far more dangerous.

“People need to know public restrooms are common for people to use their opioids,” Wayman said.

Justin Phillips has been on the frontlines of the opioid and drug overdose crisis for years and she believes it could be drug residue.

Indianapolis Metropolitan Police and Indianapolis Fire departments said they do not recall responding to a call about such drug use, but both sounded alarmed at the risks to exposure.

Wayman said, “We’re in a public health crisis, and people are using everywhere we are all affected in one way or another.”

Drug residue could be dangerous to anyone.

Wayman, who says she’s a recovering drug addict, posted the photos so parents know to clean the surfaces of what you use in public. Remember, someone else used it before you, so you just never know.

“People are misuing opioids everywhre because they don’t have any choice, then hopefully that will help us recognize we have to do something. we’re in a crisis,” the Shelby County mother said.