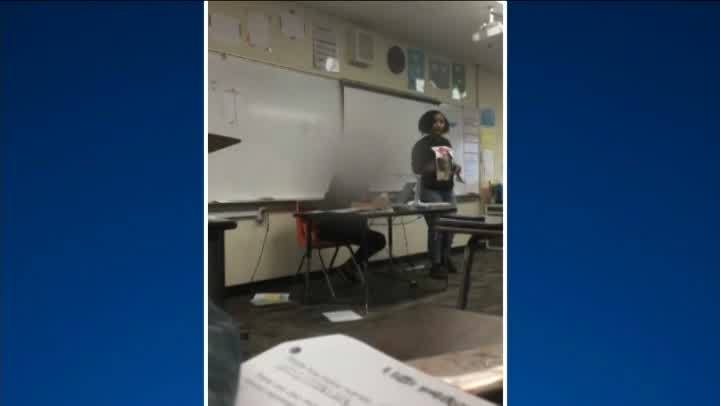 LAGUNA NIQUEL, Calif. (WISH) — A California mother has been banned from her daughter’s school after she walked into a classroom and threatened the students she said were bullying her daughter.

Christian Tinsley is fed up with a group of students bullying her daughter. So fed up in fact that she went on a rant in her daughter’s middle school classroom and threatened the students saying in part, “sisters, aunts, anyone over 18 I’ll f*** them all up.”

Tinsley said the school previoulsy asked the students to stop the bullying, but then it got worse. She said her daughter was being bullied in the classroom, on social media and on her walk home from school.

Her daughter even reported one boy sexually harassed her. After the school investigated the boy was suspended.

“She (Tinsley’s daughter) made a comment to me that if she wasn’t as strong as she was, she would have killed herself,” Tinsley explained. “That’s when mama bear mode went into effect.”

The school recommended Tinsley she not speak with the bullies or their parents, she said that’s when she took matters into her own hands.

“Sometimes if you’ve done everything that you can do….I was prepared for that because my daughter is number one,” said Tinsley.