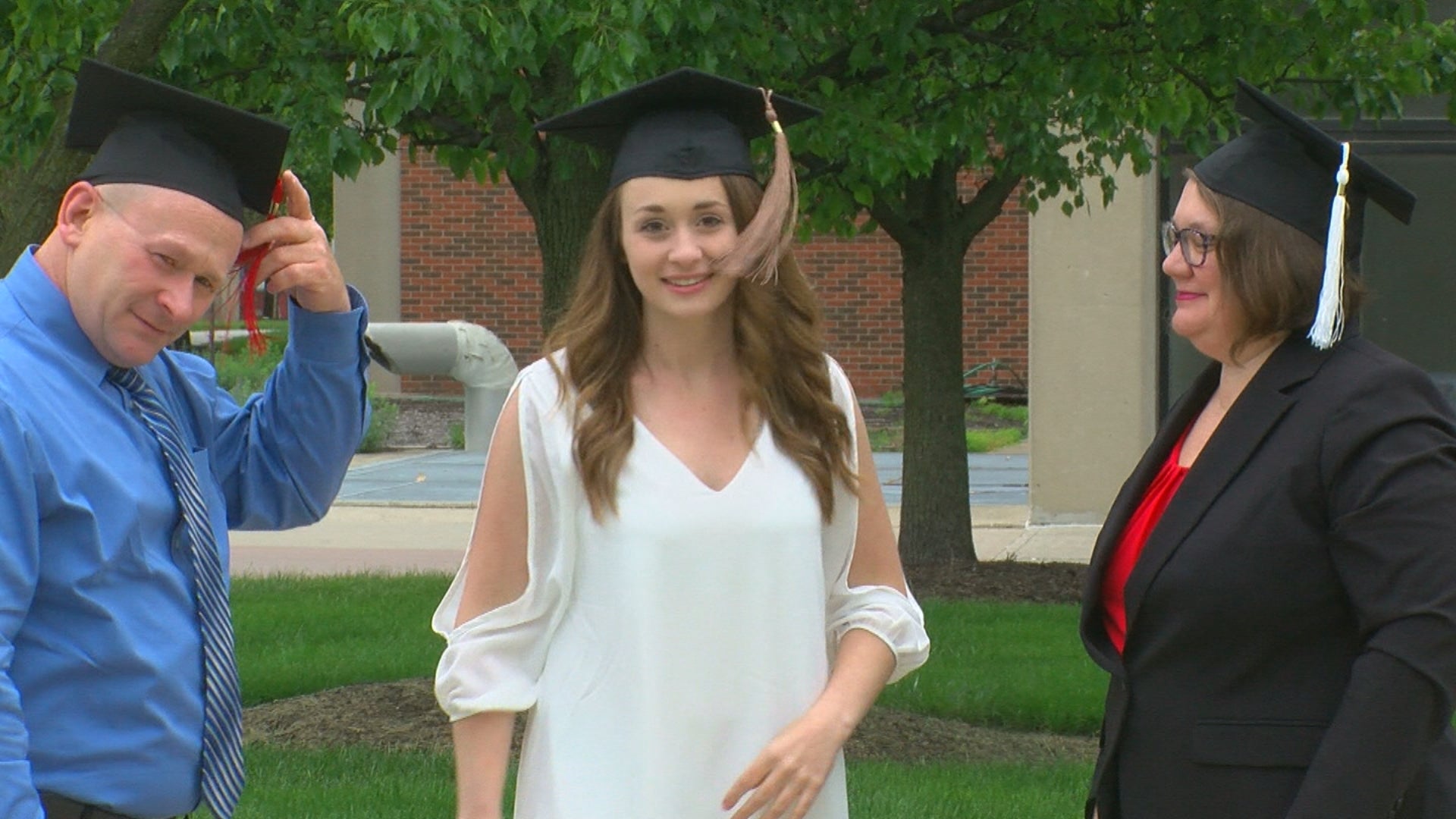 INDIANAPOLIS (WISH) — Megan Mertes’ cap for graduation has something special she wrote: “A family that graduates together … stays together.” It’s the same slogan to the cap for Jack Mertes and Laura Mertes, her parents, as they all graduate from IUPUI on Saturday.

“Getting the chance to like stay together all throughout this college experience meant a lot. So getting to graduate meant even more,” said Megan.

He and his wife both went to Indiana University Purdue University Indianapolis more than 20 years ago, but they never graduated. They both left the school because they had started a family.

And then, both of them had to make sure they were working to pay the bills. Laura works for a government call center. Jack is a school resource officer with Indianapolis Public Schools.

That was four years ago, when their youngest daughter, Megan, was set to start at IUPUI. Their commitments at home were lessening.

“I had gotten to a point where I couldn’t go very much farther in my career,” added Laura, saying she also wanted to go back to school.

So Jack and Laura re-enrolled.

“We were told not to interact on campus; she said, ‘Don’t act like you know us,'” joked Jack to Megan.

“That’s not true. I introduced them to my friends on campus,” Laura said with a smile.

They’d sometimes cross paths on campus and even study together.

“Anytime it was finals week, we could always relate to each other,” said Megan.

Saturday, all three will graduate. Megan will have a degree in marketing. Jack will receive a degree in computer information technology. And Laura will get hers in law in liberal arts.

“We’re really proud of her accomplishments,” said Laura of her daughter.

“And I’m equally proud of their accomplishments as well,” said Megan of her parents.