Mom in court for taking phone from daughter 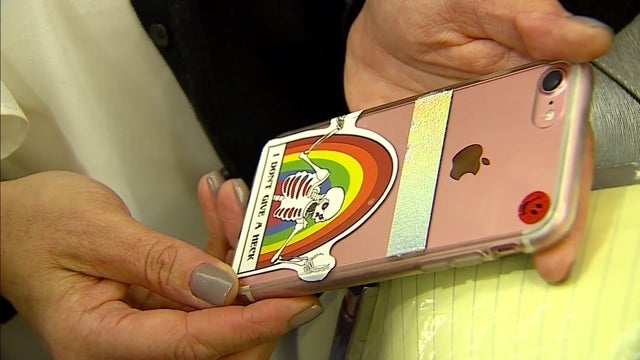 HUDSONVILLE, Mich. (WOOD) — A mom said she was punishing her daughter when she took away her cellphone, a punishment she figured would get her point across.

But on Tuesday, that mom was standing before a district judge, her disciplinary action labeled a crime. She was accused of stealing that phone and facing possible jail time.

“I was just being a mom, a concerned parent and disciplining my daughter,” said Jodie May of Grandville.

She told News 8 sister station, WOOD,  she took the iPhone 6 from her 15-year-old daughter in April after the girl got in trouble in school.

Her ex-husband, though, told police he owned the phone and claimed his ex-wife’s punishment was a crime. He filed a complaint with the Ottawa County Sheriff’s Office, alleging his ex-wife stole the phone. That led to her arrest in May, though she was immediately released on a $200 bond. She faced a misdemeanor charge of larceny under $200, punishable by up to 93 days in jail.

Just before her bench trial was to start Tuesday before Ottawa County District Judge Judy Mulder, prosecutors added a second charge over the same alleged phone theft: larceny by conversion, also punishable by up to 93 days.

Then, minutes later, before any witnesses were called, prosecutors approached the judge with a new story.

“I’ve had an opportunity to discuss this case with the victim in this case, or at least the person we believed owned the property,” Ottawa County Assistant Prosecutor Sarah Matwiejczyk told the judge.

It turns out, she said, that the ex-husband didn’t own the phone after all. The daughter did.

“The mother defendant being the mother of the minor child, I believe that changes the case significantly,” the assistant prosecutor said. “Therefore we’re requesting that the charges be dismissed.”

he assistant prosecutor refused to talk to WOOD.

“I have nothing to say, thank you,” Matwiejczyk said.

The mom left the courtroom with a clean record.

The mom’s court-appointed attorney Jennifer Kuiper-Weise, a former assistant prosecutor in Ottawa County, said she was ready for a court fight.

“We knew this was parental discipline,” she said. “We knew that it would come across that way.”

She also questioned why the charges were filed at all.

But today, as Jodie May put it: “Mom prevailed.”