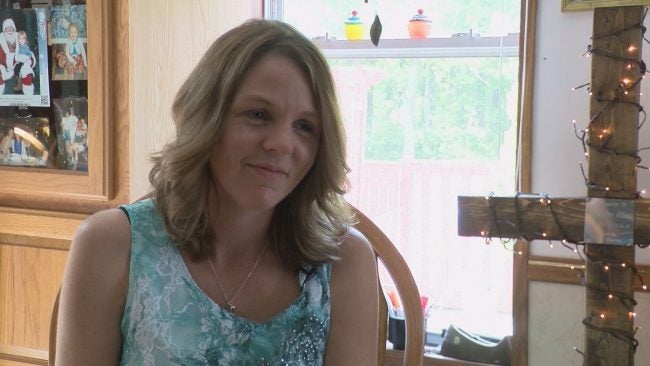 CARROLL COUNTY, Ind. (WLFI) – For the first time since her daughter was killed while hiking the Delphi Trails, Anna Williams is sharing her story.

In an interview with WLFI in West Lafayette, Williams is working to keep her daughter’s spirit alive. She’s now putting it in God’s hands to make sure justice is served.

“Every day my goal is to get up, get dressed and go to work and just keep moving,” Williams said.

Moving forward and taking one day at a time is how Williams continues to deal with the loss of her 13-year-old daughter, Abigail.

“She was my one and only,” Williams said.

Abigail went missing in February with her best friend, 14-year-old Liberty German. The two spent the day hiking and taking pictures on the Monon High Bridge in Delphi.

The next day, both girls’ bodies were found less than a mile from where they were last seen alive.

“We’ve had a change of plans on what our future looks like, and we’re learning how to do that every day,” Williams said.

No arrests have been made, but police have spent countless hours trying to identify the man seen in a photo obtained from Liberty’s phone. Police have identified the man as a suspect in the case.

“God’s got this. Today is the day,” Williams said.

As much as she prays and hopes that today is the day justice will be served, Williams says it won’t bring back her baby girl.

What she does have is her memories.

“Those will be the things that we always got,” she said.

Williams will always remember her upbeat, caring and happy Abby – a kid who loved softball, music and, most of all, art.

With each coming day as police continue to receive tips, Williams will continue to hope, pray and hope some more.

“We have got to keep saying God’s got this,” Williams said. “If we don’t, then they win … the ones out there who say we have nothing, we’re never going to find out who did this, whoever did this is long gone.”

Police are encouraging anyone with information about the suspect to contact them. If you have any tips to share, you can call the FBI at 844-459-5786.