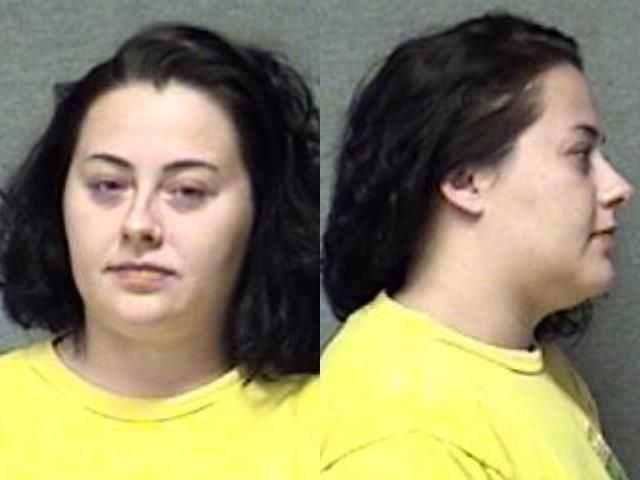 DALEVILLE, Ind. (WISH) — A Daleville mother is in the Delaware County Jail, and her 2-year-old son is dead after someone found him unresponsive in a hot car.

The boy was found outside an apartment Wednesday night near Interstate 69 and State Road 32. Records show the mother, 28-year-old Britni Wihebrink, called 911 at 6:46 p.m. from Salem Place Apartments.

A court document states Wihebrink told a detective she started drinking around 11 a.m. Wednesday to “help her hangover” and took a nap with her son, Jaxon, a couple hours later.

According to the document, Wihebrink told police she got up around 6:20 p.m. and could not find her son until her friend’s 15-year-old found the child on the back floorboard of Wihebrink’s car. He was pronounced dead on the way to the hospital.

“You don’t know how long he’s been in there?” the 911 dispatcher asked.

“I have no idea. We took a nap and we were together, and I woke up and he was in there,” Wihebrink said.

The document states Wihebrink woke up briefly around 3 p.m. and does not remember if her son was with her.

“I guess that’s what I want to believe: that she just forgot he was out there,” Scott said. “But, I don’t know how you do that.”

Investigators said they found empty whiskey shooters in Wihebrink’s purse and bedroom drawer. She is now facing a preliminary charge of neglect of a dependent resulting in death.

Wihebrink told the dispatcher someone was performing CPR on the child.

“Do you know how long they’ve doing CPR?” the dispatcher asked.

“Not even five minutes. We were looking all around and we found him in the car,” Wihebrink said.

Prosecutor Eric Hoffman declined an interview and said he was continuing to investigate how the child got into the car.

WISH-TV requested an interview with Wihebrink through the county jail; she declined. Wihebrink was being held in the Delaware County Jail on a $50,000 bond.

People walking in and out of the Daleville apartment home Thursday said they did not want to talk to reporters.
Daleville, a town of 1,600, is located about 25 miles northeast of Indianapolis.