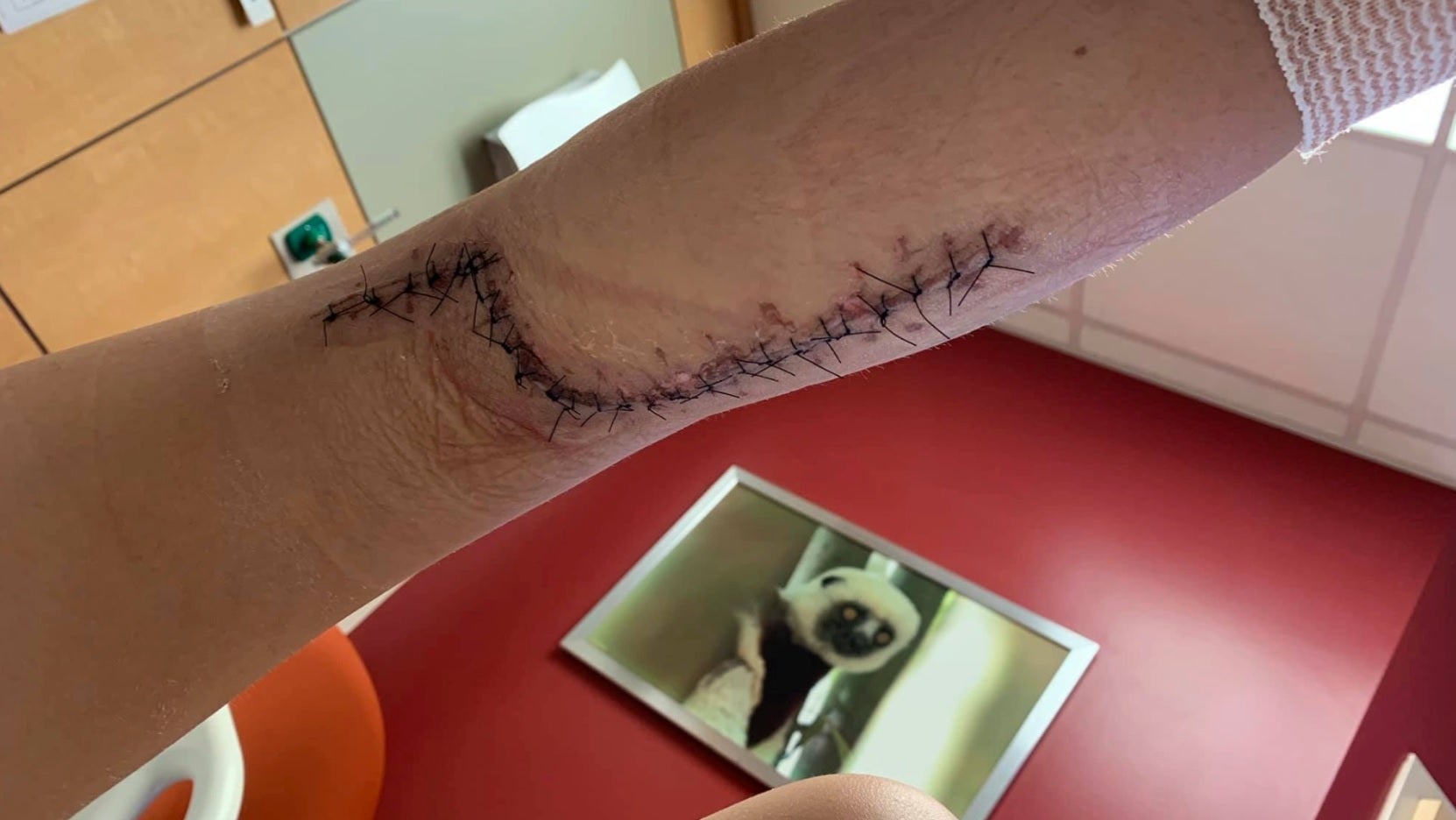 DESTIN, Fla. (WKRG) — A family vacation remembered — for all of the wrong reasons.

A 12-year-old Indiana girl contracted a rare flesh-eating disease at the beach in Destin a few weeks ago.

It’s a nightmare this mom just can’t believe she’s living. One minute her baby girl is healthy and moving as normal. The next, she’s in the hospital having multiple surgeries and fighting for her life.

What was supposed to be a family fun vacation, “going in hopes to have a blast and enjoy the warm weather and the beach,” said mother Michelle Brown.

Quickly turned for the worst.

“Going to bed on a Sunday and your daughter’s fine and then waking up on Monday morning and she’s sick,” said Brown.

Brown says when they arrived in Destin, on June 7. It stormed the first few days of their vacation.
Luckily, the storms passed allowing them to save their trip. And finally, hit the beach.

“The waves were extremely high. Too dangerous to get in the water. They had people patrolling the beach to keep people out of the water. We were only allowed to get in ankle deep.”

Making the best out of the situation, they did just that. But what happens next rocked their world.

“Monday, we wake up to begin our day and Kylei wakes up and she has pain in her calf on her right leg,” said Brown.

Assuming it may just be a charlie horse, they went on about their day. The next day, Kylei’s pain reached an unusual high. Crippling her from walking.

“At that point, I had to put her on my back and carry her around.”

As they made their way back to Indianapolis, Brown called her doctor for an immediate appointment.

“They notice she’s in extreme pain, but they can’t really determine what it is that’s going on.”

The doctor then asked Brown to go home, pack a bag and take Kylei to the ER. Between that time Kylei’s condition escalated.

“As they were doing the MRI, on her calf, they started to notice the infection had started spreading and running pretty rapidly through her body,” said Brown.

Doctors noticed a pocket of infection was behind Kylei’s knee, making her condition, critical. Kylei was diagnosed with necrotizing fasciitis, a very rare flesh-eating disease.

Days of surgeries and many months of therapy ahead, just so Kylei can learn how to walk again.

Brown says she hopes her story resonates with parents to be careful this summer, as you prepare for many beach-filled days.

“There are warning signs, but the time you are seeing the warning signs it’s running rampant in your body and it does damage very, very quickly,” said Brown.

Kylei is now home, she tells me this was one of the most traumatic experiences ever. Her mom says she hurt herself on a skateboard before leaving for Destin and she believes that’s how she contracted this disease.