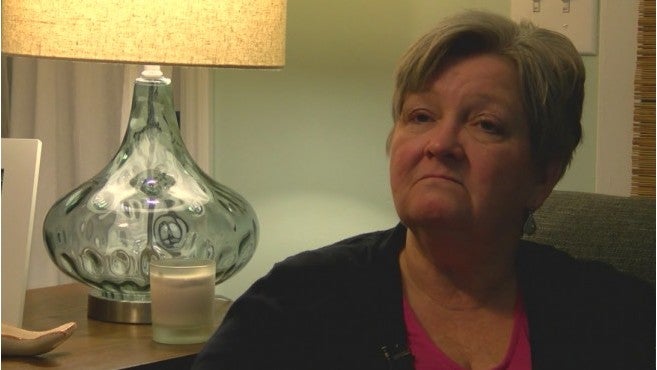 MONTICELLO, Ind. (WLFI) – A Monticello woman is making it her mission to help mothers who have children addicted to opioids.

The Mothers of Hope group has only been meeting for a little over a year, but Teresa Shaffer said the group has already made an impact.

“It’s about mothers being aware on how to know, how to know what to do, when to do it and not to be ashamed to do it,” said Shaffer, founder of the support group.

The state has seen a steady increase in emergency department visits due to opioid overdoses over the past decade. Sometimes, the family and loved ones of those struggling with addiction are left without help.

“It’s like an explosion. You just don’t know how to cope. You don’t know what to do,” she said. “We are in this constant state of fear. The biggest fear being that our child will die.”

Shaffer works as a full-time respiratory therapist in Pulaski County. She has hosted the group once a month since October 2017. She has also started a Facebook page where she regularly posts and creates videos for mothers who want some counseling from their own homes.

“My heart and my passion is for the moms,” she said.

Moms who are walking down the same path that she has.

“I have no letters behind my name. The only experience I have is dealing with my own children,” she said.

Shaffer said all three of her adult sons have struggled with addiction, but that they are doing better. Now, she believes she is in a place to help others.

“We get caught up in the denial and our grief and we start isolating, and these things start happening and we don’t even really know it,” she said. “There is a great need for moms to understand what’s actually going on in their home, what’s going on with their addicted child.”

She said she has the phone numbers of about 15 women who she regularly contacts about the meetings. However, sometimes no women show up. Shaffer said she is not deterred and there are several reasons why some of her meetings are empty.

“It’s a very volatile, questionable group because their children could be doing very well at that time, and they may think that they don’t need to come,” she said. “When your child is doing well the world is right, and when they’re not, a lot of times women won’t seek help.”

She said part of that unwillingness to seek help may be due to stigma barriers that she is trying to break down.

“People really do believe that addiction only impacts the family that is dysfunctional or the family that has single mothers,” she said. “Mothers will look at their child who is struggling with addiction and ask themselves what did I do, or didn’t do, to cause this. And it is not their fault.”

Shaffer said that White County has a drug task force that is working diligently to bring more resources to the county to fight their rising overdose numbers. According to the Indiana State Department of Health, the county’s non-fatal overdose rates are higher than the state average.

She said her group is open to anyone who can make the drive to her home for the meetings. She even said that she has talked on the phone with some women from other states. She encouraged anyone who may be struggling to reach out.

“Don’t be afraid to stand up and get help for your child,” she said.