‘Montage on Mass’ has Ballard’s approval 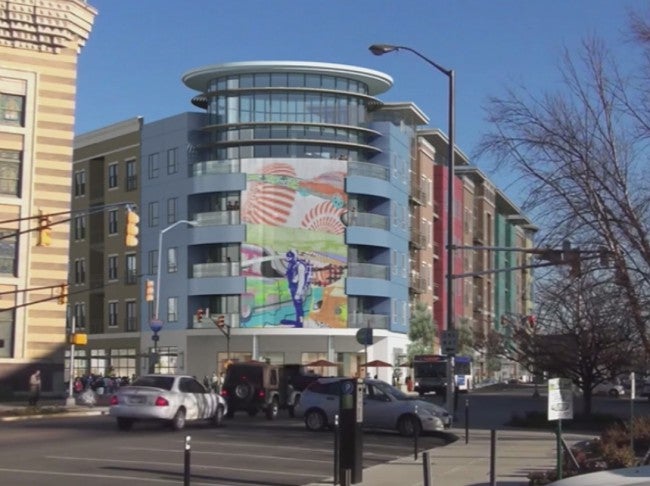 INDIANAPOLIS (WISH) — A dramatic re-design for downtown Indianapolis is about to get some study.

It’s in a project called Montage on Mass. The five-story building is being designed to take the place of the old Indianapolis Fire Department headquarters on Massachusetts Avenue.

The building will have apartments and shops. But what makes it distinctive is a big screen. Developers call it a “digital canvas.”

Mayor Greg Ballard is a fan.

“Mass Ave is a happening place,” he told 24-Hour News 8. “It’s not a quaint, little village type of place.”

The electronic screen has critics and he knows it.

“Just because something says ‘electronic’ doesn’t mean it can’t be fit in to a place, right?” he asked.

The display canvas will present works of art – and maybe occasional messages.

But it must get past the Historic Preservation Commission and some members have expressed reservations about the concept.

They’ll meet Wednesday evening at the City-County Building to discuss it.