Mooresville man dies in I-70 crash 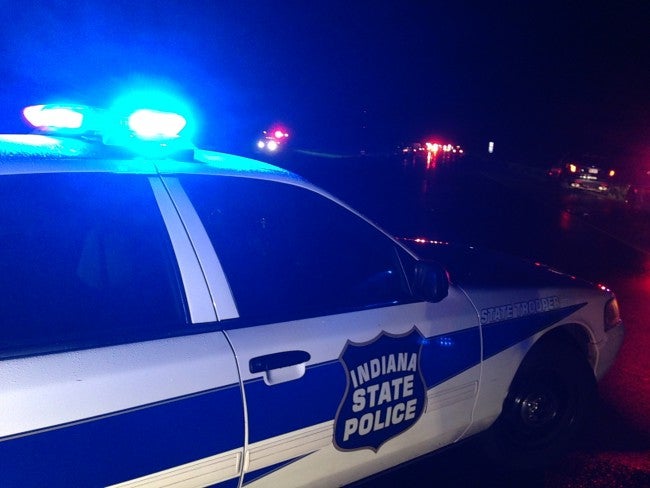 It happened on Interstate 70 westbound, at mile marker 55. This is near State Road 39.

According to Indiana State Police, a passenger car driven by 35-year-old Christopher Sweet was traveling the wrong way – eastbound in the westbound lanes – when Sweet collided head-on with a semi. Police said Sweet’s vehicle and the semi, which was driven by 27-year-old Sahal Jama, caught fire in the crash.

Sweet died in the crash, according to ISP. Jama and a passenger, both of Columbus, Ohio, in the semi were transported to Eskeniazi Hospital in critical condition.

Police say motorists stopped and attempted to pull the individuals involved in the wreck from the vehicles.

The person who pulled the person from the car was treated at the scene. The second passerby who helped pull the two people from the semi did not require medical attention.

All eastbound and westbound lanes of I-70 were closed around 11:30 p.m. because of the crash. Eastbound was later re-opened. Westbound traffic was being diverted onto State Road 39.

Diesel fuel from the semi was spilled on the roadway. Crews were working to cleanup, but it is unclear when those lanes would be back open. INDOT had estimated it would be three hours.