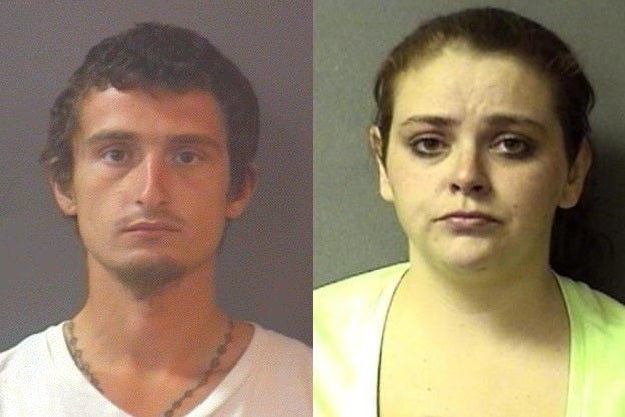 Twenty-four-year-old Kim Garringer and her boyfriend, 24-year-old Austin Pettigrew, both face an additional felony charge in the case after it was discovered that three women who had purchased heroin from them had overdosed.

Investigators said that Pettigrew put the women in contact with Garringer, who sold them $160 worth of heroin. Garringer was accompanied by her infant when she delivered the heroin, police say.

Danielle Skaggs, Lauren Hefflin and Ashley Evert were all on a pass from the Madison County Work-Release Center when they met Garringer at Ricker’s Convenience Store in Anderson.

After meeting Garringer at the store, the women then proceeded to inject themselves in the restroom where they would overdose.

After being arrested on Wednesday, Garringer admitted to the sale.

Twenty two of the 24 suspects in the ring have been arrested following the sweep.