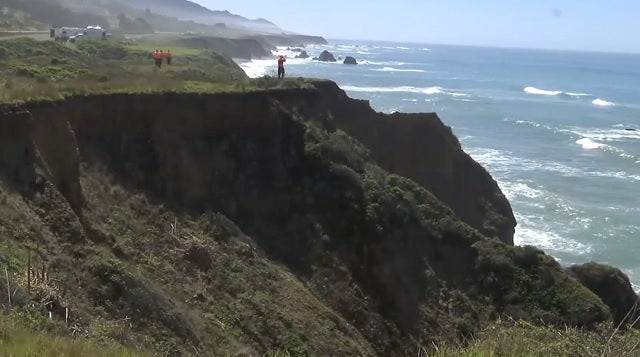 PORTLAND, Ore. (KOIN) — Skeletal remains were found Wednesday evening about one mile from the spot where the Hart family plunged off a cliff along the California coast, the Mendocino County Sheriff’s Department said.

A local resident found a pair of jeans with a shoe “entangled inside one of the pant legs on the ocean beach near the mouth of Hardy Creek,” the sheriff’s office said. The jeans are a girl’s size 10 and the shoe is a “big kid size.”

Authorities said they also determined the remains of a “human foot” were found inside the shoe.

The remains have been sent to the California Department of Justice Bureau of Forensic Services Richmond DNA laboratory for testing and analysis, officials said.

Another search of the area is underway Thursday during low tide conditions, and future searches may also take place.

Officials also said they received toxicology reports on all the Hart family members who have been recovered and identified. Three of the children had the active ingredient in Benadryl — diphenhydramine — in their blood. One of the children “had no toxicology finding.”

However, authorities did not disclose which children.

A GMC Yukon went over a cliff along the California coast on March 26, plunging about 100 feet onto the rocks at the edge of the Pacific Ocean. When officials arrived at the scene, they found 5 people — the mothers Jennifer and Sarah Hart plus 3 of their 6 children.

Jennifer and her wife Sarah were both found dead at the bottom of the cliff. Three of their children — Markis, Jeremiah and Abigail — were also found dead near the SUV.

Investigators soon believed their other 3 children were also killed in the crash, but their bodies weren’t immediately found. Those children are Ciera, Devonte and Hannah.

By April 5, Mendocino County Sheriff Tom Allman said he was “to the point where I no longer am calling this an accident. I’m calling it a crime.”

On April 7, a body was found and later identified as Ciera.

Toxicology results showed Jennifer Hart, who was driving the vehicle at the time of the crash, had a blood alcohol level above the legal limit.

This latest discovery could possibly be one of the missing children.

Photos: The Harts and the California cliff crash