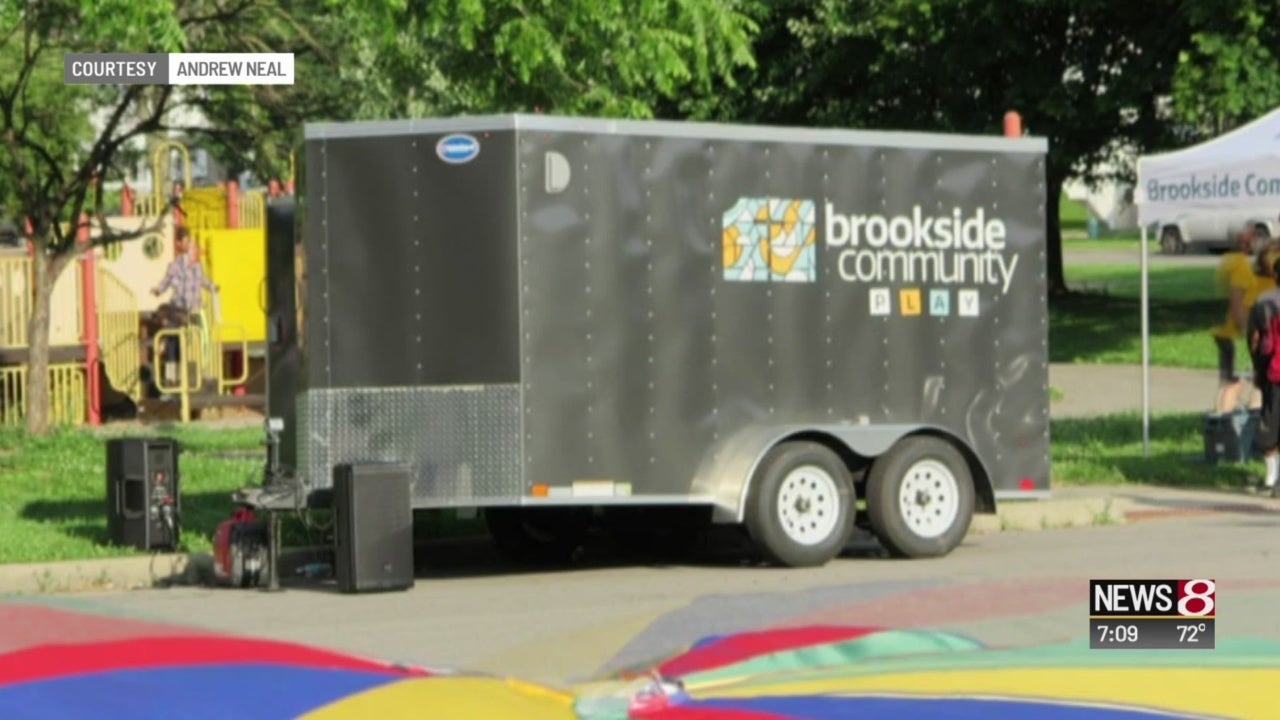 The 12-foot-trailer was parked in a nearby church parking lot where park staff say it was stolen.

Next Tuesday, 250 children and families will gather at Brookside Park for the start of Brookside Community Play.

It’s a Brookside Development free initiative founded in 2016 to help those in the community overcome trauma through sports.

And it’s now in danger of not happening at all.

The trailer holds equipment like basketball goals, a portable soccer pitch and generator.

Brookside Community Play director Andrew Neal filed a police report, but so far the search for the trailer has come up empty.

He says kids in the community deserve better.

“There are people who view it as an opportunity. What they don’t realize is they just affected a whole lot of kids. And there’s one thing we want to tell our community and that is our kids matter. They’re worth the investment. They’re worth having this program and opportunity. Whoever took that trailer is going to have to think long and hard about what they’ve done and about who they’ve actually impacted,” said Neal.

Park officials are now asking anyone in the community that sees the trailer to call police.

A Go Fund Me page has also been set up to replace equipment.

Children in the neighborhood told News 8 they look forward to the program every year and are concerned this year will be canceled.

Andrew Neal says even if it’s just a bunch of jump ropes in the grass, Brookside Community Play will start on June 4 as planned.