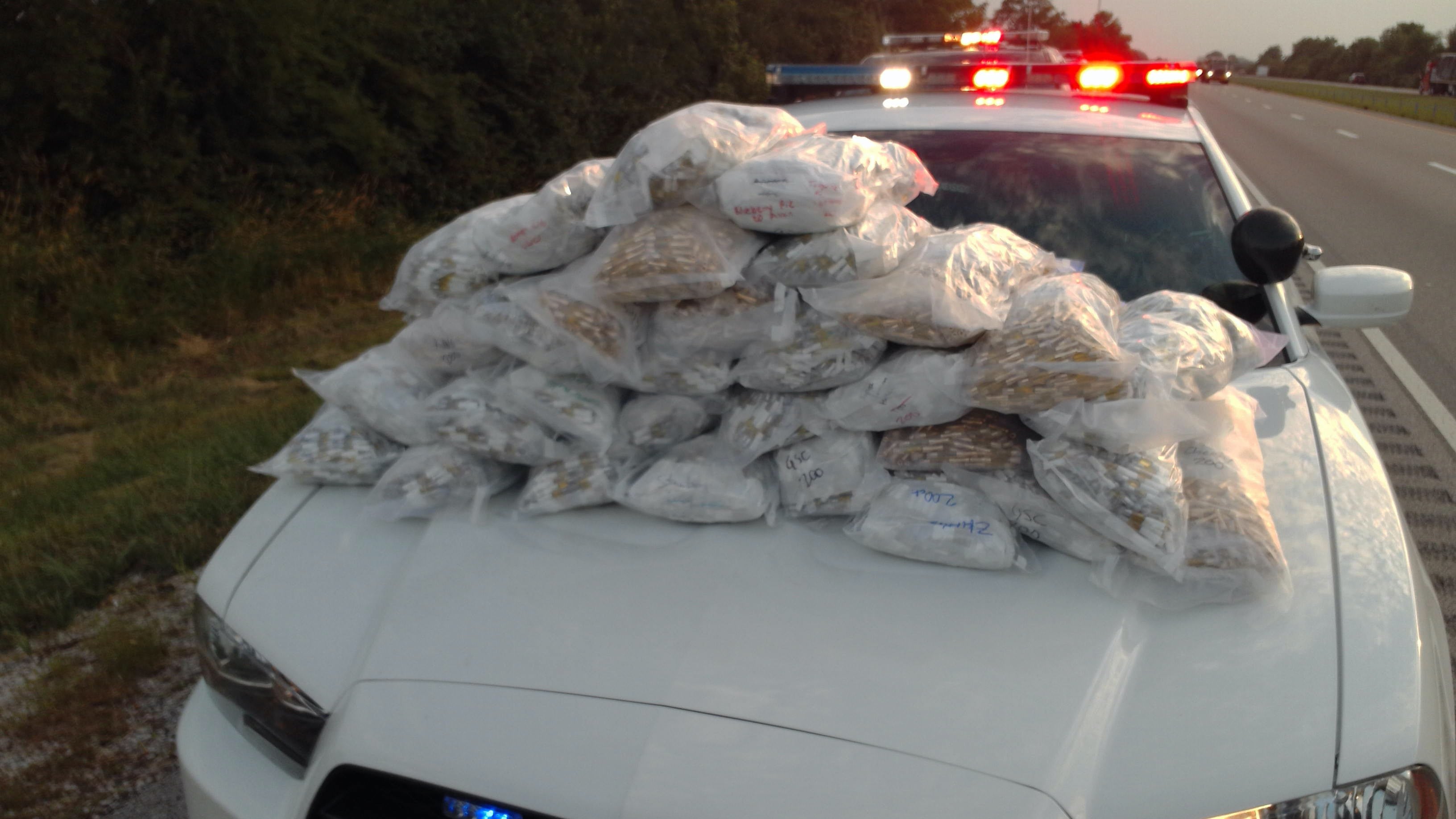 MONROVIA, Ind (WISH) —  A major drug bust in Morgan County yielded $1.25 million worth of tubes of THC used for vaping.

It happened last week on I-70 near Monrovia. Morgan County officials call it one of the biggest busts in the county’s history.

Police said 33-year old Ryan Ferrand of New York was only planning on driving through. They believe he picked up the trunkload of THC in Los Angeles and was headed back to New York. While passing through, they said, Ferrand was driving suspiciously; braking for no reason, crossing over the centerline and not using a turn signal. Deputies with the county sheriff’s office pulled him over.

“The officers used a K-9 to search the vehicle, which detected there was illegal drugs in the vehicle,” said Capt. Brent Worth of the sheriff’s office.

In the trunk, hidden in duffel bags and buried under clothing, officers said they found 31,000 vape tubes containing THC. They also found more than $600 in cash.

“We’ve probably set a record with this bust. We’ve had large-sized drug arrests in the past, but as far as moneywise, or the value, this is probably the biggest,” said Worth.

Officers arrested Ferrand. He allegedly told police that he was only transporting the drugs.

The bust comes just days after the sheriff’s office and the Mooresville Police Department teamed up to form the Morgan County PACE team. The acronym stands for Pro-Active Criminal Enforcement. The Morgan County Substance Abuse Council funded the team with a $25,000 grant, according to Worth. The money is used to pay officers overtime to patrol the streets more. They hope to make more big busts.  The goal is to expand the program to all county law-enforcement agencies. The PACE team first hit the streets on July 1, four days before officers arrested Ferrand.

“This is the first large bust. We’ve made multiple arrests with the team already on a smaller scale. This is the biggest bust, obviously, that the team has made,” Worth said.

Those in the community hope the team keeps up the good work.

“Those are lost lives and people not contributing to society. So, it hurts us all,” said John Hadley.

Richard That added, “I think it’s a good thing because we don’t need anything like that around here. I’m anti-drug.”

The Morgan County prosecutor charged Ferrand with possession of marijuana, dealing marijuana and conspiracy to deal.