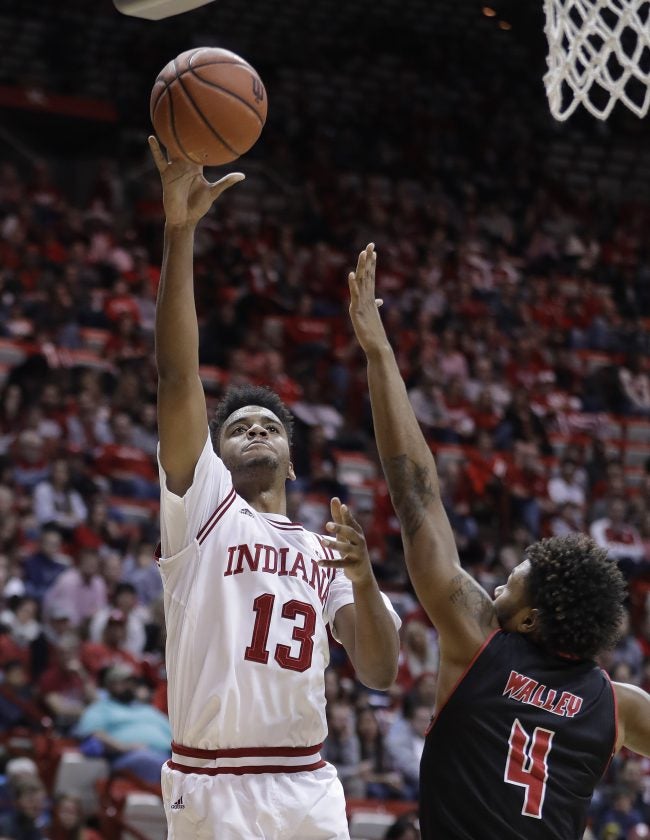 Arkansas State (2-3) was led by Deven Simms with 21 points and Tristin Walley with 12.

But again, the Hoosiers struggled to close it out.

Indiana led 47-33 at the half then let the Red Wolves steadily cut into the lead. And when Arkansas State went on a 13-4 run midway through the second half, they were suddenly down just 59-56.

The Hoosiers responded with seven straight points, getting a layup from Robert Johnson with 4:14 left to make it 73-62.

Arkansas State never seriously challenged again, and Indiana finally sealed with an 11-3 run that extended the margin to 20 with 1:19 to go.

The Hoosiers initially took control by cranking up the tempo after Arkansas State had taken an early 13-8 lead.

Arkansas State: The Red Wolves have spent the first month of the season alternating wins and losses, and they stayed true to the pattern Wednesday. But first-year coach Mike Balado has this program on the right track, and more time together will only help Arkansas State as it chases a second straight 20-win season.

Indiana: While the Hoosiers still aren’t clicking on all cylinders, they are improving. The defense has shown steady growth since a season-opening loss to Indiana State, and the offense is getting leadership from Robert Johnson and Juwan Morgan. There’s still a long way to go.

Arkansas State: Visits South Florida on Friday in its fourth and final game of the Hoosier Tip-Off Classic

Indiana: Hosts Eastern Michigan of the Mid-American Conference on Friday – the Hoosiers final tuneup before next week’s showdown with No. 1 Duke.