Mother faces neglect charges; found passed out by police after meth use 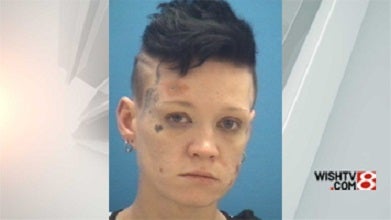 COLUMBUS, Ind. (WISH) — A mother faces child neglect charges after officers say she was found passed out after using meth.

The Columbus Police Department has arrested 29-year-old Teagan Gray in the case.

Police say a young child with a soiled diaper was playing in the street Tuesday. The child was also “bleeding heavily” from a cut on his ankle, according to police.

A witness also pointed out another small child playing in front of a residence that had the front door open.

When police went to the residence, they found a child holding a pair of scissors. When police entered, they found Gray passed out on the living room couch. Officers say Gray admitted to using meth on Tuesday morning.

Officers said they found a broken beer mug and a barbed wire-covered baseball bat within reach of the toddlers.

DCS has taken custody of the two kids.

Gray was taken to the Bartholomew County Jail and faces a preliminary charge of neglect of a dependent resulting in bodily injury.